Paul McCaffrey
Paul McCaffrey is the editor of Enterprising Investor at CFA Institute. Previously, he served as an editor at the H.W. Wilson Company. His writing has appeared in Financial Planning and DailyFinance, among other publications. 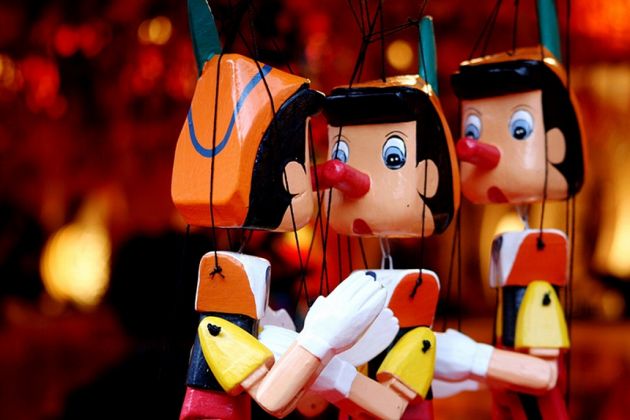 “Everybody knows we are in a post-truth world,” deception detection expert Pamela Meyer told delegates at the 70th CFA Institute Annual Conference in Philadelphia.

“People will tell you anything.”

“We are starting to study the inside threat, the inside job,” Meyer said. In particular, cyber attacks often come from within the organisation, she said, citing statistics that between 30% and 58% of these incidents are perpetrated by internal staff.

Becoming a good lie detector and uncovering such malfeasance requires an awareness of our shortcomings. We need to look inward and uncover what our weaknesses are, because liars will target them.

“A lie is a cooperative act,” Meyer stressed. “Its power develops because someone chooses to believe the lie.”

That means we need to do a self-assessment.

“You have to start asking yourself: What are you hungry for?” Meyer said. “A liar can instinctively pinpoint that hunger.”

People lie and deceive for a reason. They want to hide their transgressions, to get away with something. Certain difficulties or mindsets make people more likely to engage in the sort of behaviour that they will need to conceal.

If a staff member is going to harm their employer by launching a cyber attack, say, or engaging in fraudulent financial activity, they will have a motive. Such behaviour often results from a confluence of several factors, according to Meyer. The combination of conflicts at work, alienation from one’s team, and difficult financial straits are an especially caustic mix that can make staff more susceptible to bribery.

“No matter how powerful we are,” Meyer said, “we leak.” What does she mean by this? When we lie, we betray ourselves, whether through verbal or nonverbal cues. Like poker players in a card game, we give off ‘tells’ or signs when we are bluffing.

What are the red flags that indicate someone may be lying?

When it comes to verbal communications, liars fall back on certain patterns. “Liars will unconsciously distance themselves from the lie,” Meyer said. “Liars will formalise their language.”

She also recommends paying attention to the structure of the story the speaker is telling.

“Truthful stories tend to have a beginning, a middle, and an end,” Meyer said. “Emotional moments will be emphasised.”

That means speakers won’t ‘bury the lead.’ If they were mugged, that fact will be at the top of their story, not left until the end.

Liars will also shift into what Meyer called ‘convince mode,’ a forceful and single-minded effort to persuade the listener of their truthfulness.

Other verbal red flags include

Two key nonverbal indicators of deception are displays of contempt and what Meyer calls ‘duping delight’. Liars tend to show contempt through asymmetrical sneering. With duping delight, they betray an incongruous pleasure in getting away or trying to get away with the deception by smiling or grinning.

Other nonverbal tics that may indicate deception

Throughout the lie detection process, we need to be aware of our own biases, Meyer said. Just because somebody smacks their lips and sweats doesn't mean they’re lying. It’s important to extend the conversation when we see these signs, so the person returns to their baseline, when they act like their usual selves. “You need to know someone’s norm,” she said, before you can start to interpret the indicators.

And, of course, Meyer emphasised, lie detection is a fraught and doubt-filled process. That 100% certainty is rarely obtained, barring a full confession or other concrete evidence. Signs of deception are just that: signs.

“Even when those red flags come up, it’s not proof,” she said. “It’s quite dangerous to accuse somebody wrongly of deception.”

Lie detection should be about a search for the truth, not a game of Gotcha!

To follow coverage of the 2017 CFA Institute Annual Conference, visitannual.cfainstitute.org.