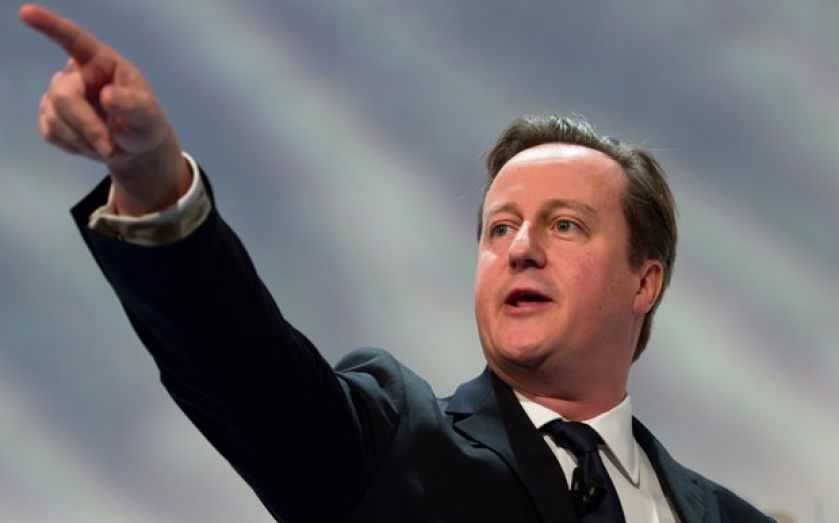 David Cameron will deliver a clear message to the leader of the Scottish independence campaign Alex Salmond today, warning there will not be a currency union under any circumstances if Scots vote Yes in the 18 September referendum. It comes despite Salmond’s claim that the Yes campaign has the edge and that Scotland would keep the pound no matter what.

In a speech today in Scotland, the Prime Minister will pour cold water on Salmond’s pledge to seek a mandate for a currency union if Scotland votes to leave the UK, in a bid to give businesses security in the weeks ahead.

His promise comes after 130 business leaders signed a letter, published in the Scots man, warning that the case for in dependence had not been made.

“The business case for independence has not been made,” the letter states.

“Uncertainty surrounds a number of vital issues including currency, regulation, tax, pensions, EU membership and support for our exports around the world; and uncertainty is bad for business,” the letter, signed by leading business figures including Keith Cochrane, chief executive of the Weir group, and Douglas Flint, group chairman of HSBC, states.

But Cameron’s visit is not being welcomed by No campaigners, as they fear his Old Etonian Tory background will help the Yes campaign.

In the second live TV debate between Salmond and the leader of the No campaign Alistair Darling on Monday, the Scottish first minister sought to head off criticism surrounding his lack of a plan B for dealing with currency questions post-referendum.

However, the alternatives failed to quiet many in the business community who are concerned that independence would spell financial and ec on omic instability.

On Tuesday, Sir Martin Sorrell, chief executive of advertising agency WPP, warned that a Scottish exit from the UK would harm the British economy.

Yesterday, former Prime Minister and scotsman Gordon Brown shared a platform with Darling to urge voters to say No.

Brown warned that Salmond’s pledges were “unaffordable” and cautioned against pinning all economic hope on North Sea oil reserves.

He said: “When you look at the Scottish National party policies, in – equality and poverty will survive until doomsday if Alex Salmond is all that confronts it.”