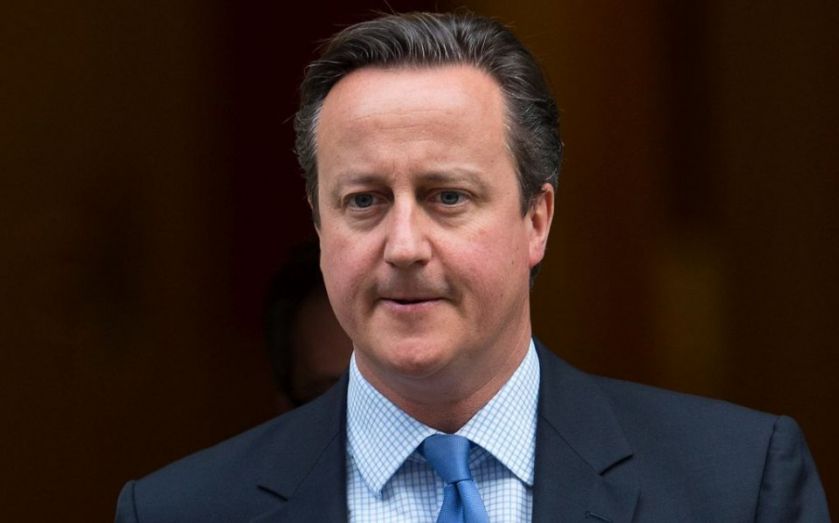 The Prime Minister’s strategy of convincing the British public to stay in the European Union because he will deliver fundamental reform to our relationship can now be seen for what it is, a worthless EU fudge. In November, David Cameron wrote a letter to European Council president Donald Tusk, setting out the four objectives that lay at the heart of his renegotiation. Including vague aspirations like boosting competitiveness and minor adjustments like restricting EU migrants’ access to tax credits, these were already unambitious. But Tusk’s reply, issued yesterday, illustrates just how weak the Prime Minister has been.
What we are witnessing is a highly choreographed EU dance, where Cameron goes through the motions of making some soft and meaningless demands, and where the EU (represented by Tusk) accedes in general to most points but raises some technical objections to one (migrant access to tax credits). Far from a clash of visions on what the EU should be, this will be a staged disagreement. It is all part of a process to suggest the negotiations are genuine when clearly the result has already been agreed substantially in advance.
Let’s not forget all those bilateral meetings that Cameron and George Osborne have been attending around the EU, while the Foreign Office has been beavering away with its European counterparts to see what could be gained. The answer is plain to see: very little.
Read more: The EU is divisive for both the Conservatives and Labour
We know this because the demands laid out in the Prime Minister’s Bloomberg Speech in 2013, his conference speeches and party manifestos no longer form the basis of the negotiation.
Furthermore, a fulsome discussion of British “demands” at European Council meetings has failed to materialise thanks, first, to the Greek debt crisis, then the migrant crisis, and now the security crisis. The UK negotiations are not expected to be settled until the next Council again in February.
This may appear reasonable, on the surface, but were the UK to leave the EU, it could be the bloc’s greatest existential threat yet. A black hole of £14bn would appear in the European Union budget and the reputational damage could be immense. The encouragement that Brexit would give to EU-sceptics in other member states could send shock waves through the whole institution. So why hasn’t fundamental reform for Britain been discussed? The reason the Prime Minister cannot get his negotiation taken seriously and placed on the agenda is obvious to all serious observers: it is not genuine and all the EU leaders know this.
Read more: Disunited Kingdom: How far apart are we on the EU?
The next part of the process will be when Tusk’s manufactured disagreement over tax credits is resolved with much back-slapping and shaking of hands after “hard-fought” and “long-drawn-out” negotiations. We shall have a compromise that leaves the Prime Minister and all participants looking like excellent negotiators and the British public will be asked to endorse it.
But let us be under no illusions. This negotiation process is a confection. It is a bittersweet fudge designed to fool the public into believing there will be worthwhile reform of the EU when the evidence of the EU’s Five Presidents’ Report demonstrates that it will only get more centralised, more expensive and more regulated.
Tusk is already able to agree to three of the four demands because they do not require treaty change and he knows that, without a new treaty, any changes will be worthless. The European Court of Justice can easily strike them down – and it only takes one challenge to bring the Court into action.
The Prime Minister’s four demands go nowhere close to addressing the public’s hopes or concerns. His EU fudge will not deter a single migrant from coming to the UK – because the main benefits of education, housing and health are not being touched. Nor will they save a solitary pound from the growing cost of our membership, or make a scintilla of difference to the thousands of regulations that all our businesses face – even when they don’t export to the EU. London, in particular, will face new rules on oversight, new regulatory costs, and the ever-present threat of new taxes designed specifically to hurt the City.
The only way to end this charade is for politicians of all parties and the public to join in calling-out the Prime Minister’s charade for the fudge it undoubtedly is.