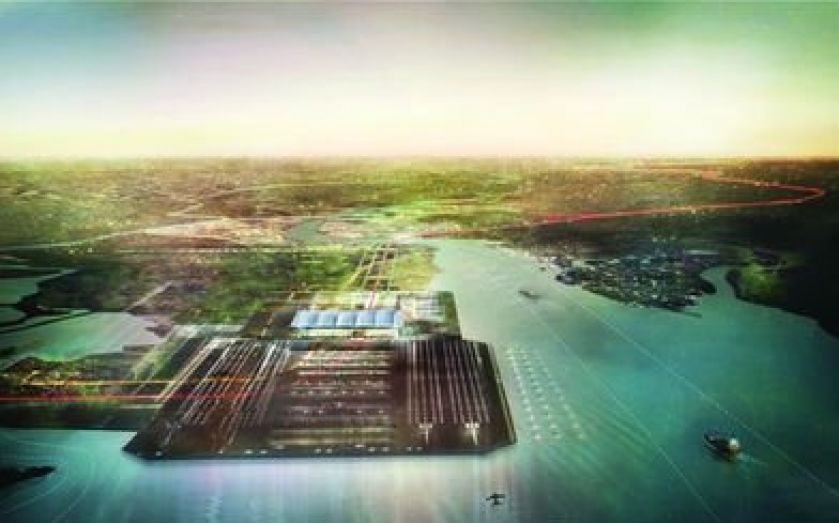 Plans supported by London mayor Boris Johnson to build a new airport on the Thames estuary have been sunk by the Airports Commission.

The so-called “Boris Island” airport has been ruled out by a commission led by former London School of Economics director Sir Howard Davies into options for increasing the air capacity in the UK.

We are not persuaded that a very large airport in the Thames estuary is the right answer to London’s and the UK’s connectivity needs. While we recognise the need for a hub airport, we believe this should be a part of an effective system of competing airports to meet the needs of a widely spread and diverse market like London’s.

There are serious doubts about the delivery and operation of a very large hub airport in the estuary. The economic disruption would be huge and there are environmental hurdles which it may prove impossible, or very time-consuming to surmount. Even the least ambitious version of the scheme would cost £70bn to £90bn with much greater public expenditure involved than in other options – probably some £30bn to £60bn in total.

City Hall’s aviation adviser Daniel Moylan called the decision “short-sighted” speaking to the BBC ahead of this morning’s official announcement. He also questioned the role of the commission’s finding in any future decision made by the government: "The key question now is whether the Airports Commission will play much of a role."

The options now being considered are for an additional runway at either Heathrow or Gatwick, or an extension to Heathrow’s existing runway.

The Davies Commission’s decision on which option is best is due after next year’s general election.

More than 11m passengers passed through Heathrow and Gatwick airports in July- a record breaking number.