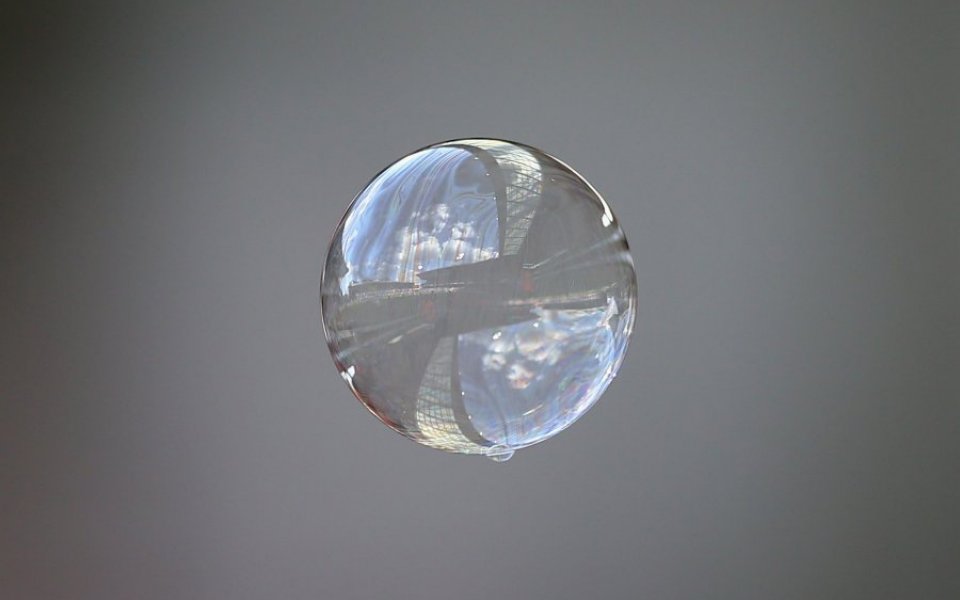 The average price of a London property is now just shy of £600,000, reigniting fears of a bubble and prompting talk of a market correction.

The average London house price was £598,173 in October, 5.6 per cent higher than the same month last year, according to figures released today by estate agents Your Move and Reeds Rains.

Easier mortgage availability has added to the upward pressure on prices created by a shortage of homes for sale. For the UK overall, house prices have hit a record high of £290,640, rising six per cent.

The figures also show that central London’s sky-high prices are spreading to outer boroughs, with prices in the cheapest third rising at the fastest pace. Over the course of the past 12 months, prices in Greenwich rocketed by 17.9 per cent, in Newham by 19.3 per cent and in Barking and Dagenham by 15.2 per cent.

“It appears that the double-digit price rises first seen in the prime London market – then the other London boroughs – are now rippling out even further to London’s commuter towns,” said Adrian Gill, director of Your Move and Reeds Rains estate agents. Prices in Luton are up 17.3 per cent and those in Reading are up 18.3 per cent.

“Historically, when we have valuations in London as extended as they are now, that has led to corrections,” Caroline Simmons, deputy head of the UK chief investment office at UBS, told City A.M.

“It scored the highest of all the major cities in the world for bubble risk potential,” Simmons said, adding that low mortgage rates are fuelling the boom.

Figures from the Bank of England this week showed mortgage rates were at their lowest on record in the three months to September. Mortgage lending is at its highest since the 2008 financial crisis and rising demand is coming up against shorter supply.

Data released by the Royal Institute of chartered surveyors (RICS) this morning showed the number of properties coming to the market has fallen for 10 consecutive months.

“I can’t recall a set of comments in the residential survey which have so frequently drawn attention to a lack of stock on the market. Given this, it is hard not to envisage prices continuing to climb upwards as we move through the early stages of 2016,” said RICS chief economist Simon Rubinsohn.

Research published today by Demos found that the south of England was approving far fewer planning applications because of so called “nimbyism”.

“Local hostilities towards house-building are stopping many much-needed developments from even reaching application stage,” Demos said.