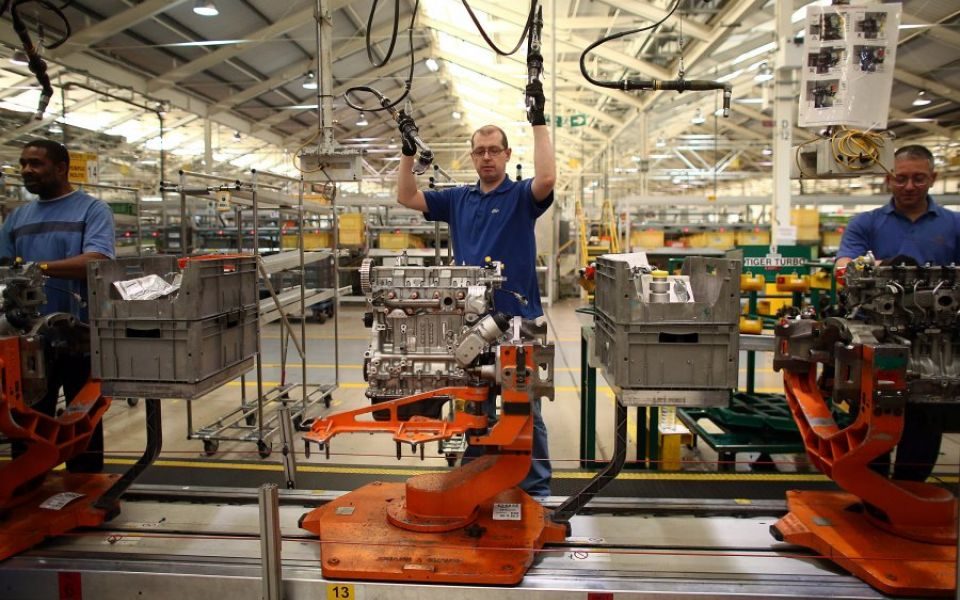 Job losses in Britain’s manufacturing sector hit a six-year high in February, as Brexit uncertainty left the industry’s optimism at a record low, according to a closely followed metric.

British manufacturers also continued stockpiling goods at record rates as the prospect of crashing out of the EU without a deal looms ever larger, according to the UK manufacturing Purchasing Managers’ Index.

The headline index of manufacturing activity hit a four-month low of 52.0 in February. A score of below 50 indicates recession, while above 50 indicates growth. The PMI is currently at its second-lowest level since July 2016 – the month following the EU referendum.

Although stronger than French and German equivalents seen on Friday morning, IHS Markit, which puts together the index, said the boost to British manufacturing largely reflected stockpiling, as well as an industry-wide bid to cut work backlogs in case of a no-deal scenario.

Britain’s departure from the EU is scheduled to take place on March 29, with the possibility of leaving without a transition deal still very much on the table.

Manufacturers cut back on employment for the second consecutive month, with the rate of job losses the steepest since February 2013.

Optimism regarding future output fell to its lowest level in the series history in February, with Brexit, exchange rate volatility and slower global economic growth the cause of their concerns.

“Official data confirm that manufacturing is already in recession, and the February PMI offers little evidence that any short-lived boost to output from stock-building is sufficient to claw the sector back into growth territory,” IHS Markit director Rob Dobson said.

“With Brexit day looming, UK manufacturers continued to implement plans to mitigate potential disruptions. Stockpiling of both inputs and finished products remained the order of the day, with growth in the former hitting a fresh record high.”

Dave Atkinson, head of manufacturing at Lloyds Bank Commercial Banking said: “After a difficult month for some, it’s unsurprising the figures show a decline in PMI.

“The figures show some UK businesses are opting to take measures including stockpiling goods to help them face into economic headwinds. Manufacturers will be hoping greater certainty over the coming months proves a catalyst for a wave of business investment.

“The sector is a resilient one though and other industry data indicates that new orders continue to increase. This offers comfort that UK manufacturers continue to manage risks adequately and stand ready to capitalise on opportunities as and when they come up.”