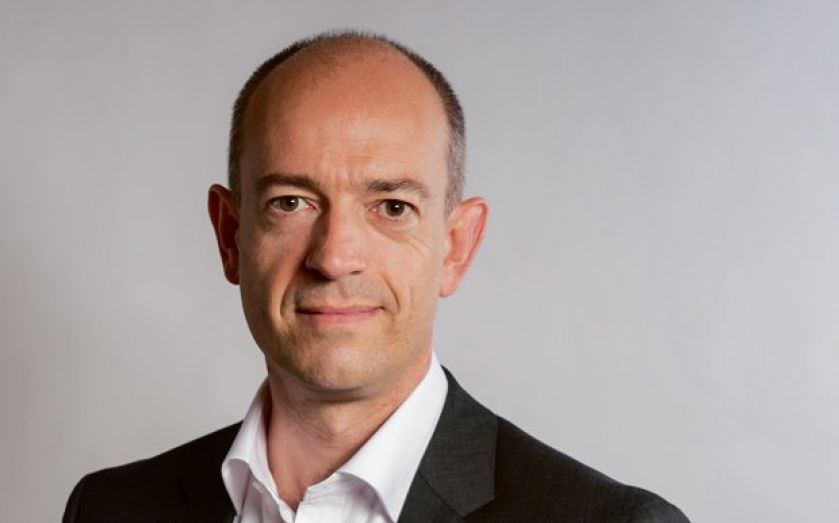 Simon Segars, the boss of Britain’s biggest tech firm, believes his Chinese customers will begin adopting Arm’s latest chip designs in low-end smartphones next year, a move that would dramatically boost royalties.
In its third quarter results yesterday, Arm Holdings, which makes processors for most of the world’s smartphones and tablets, revealed a two per cent rise in royalty revenues, less than had been expected.
Segars told City A.M. that adoption of the firm’s latest chip designs, the so-called V8 range which command higher royalty payments, is beginning to pick up among Arm’s big licensees.
“There have been many announcements from our partners on V8-based devices. Typically what we’ve seen in the past is that the newest, highest performance devices are introduced at the top end of our product range and it ripples down quite quickly,” says Segars.
“That’s slightly different with V8 as we’re already seeing a number of devices which are targeted at the mid-range of smartphones. I’m sure we’ll see V8 phones at a very low price point through next year.”
But analysts fear Arm’s cash cow of high-end smartphones, such as the record sales of Apple’s latest iPhone 6, might not be sustainable and could pose a risk to the firm. Liberum analysts said: “While licensing continues to be strong for the company, we expect royalty growth to disappoint as smartphone and tablet growth continues to slowdown.”
Segars, aware of such risks, is also leading a drive to diversify Arm’s revenue base. Smartphones currently generate the majority of its revenues, with a push into networking chips and connected devices, the so-called Internet of Things.
“We’ve been working for quite a long time to develop the right products to engage with the right partners and create an Internet of Things ecosystem to be successful,” says Segars. “Of the 3bn chips that were sold in the second quarter this year… there were 1bn Arm-based microcontrollers [used for Internet of Things]. That’s the first time we’ve had a billion in a quarter.”
Even if he manages to secure Arm a stronghold in a new growth segment, its global largely consumer-facing consumer base is susceptible to a number of macro issues. “At any one moment anything going on in the world can affect consumer confidence and ultimately the sales of end products. Whether it’s the potential risks such as the spread of ebola, tension in Russia or Chinese growth.”
Even the man whose chips can power anything, can’t control everything.

■ Revenue rose six per cent from £184m to £195.5m
■ Profits rose nine per cent from £92.6m to £101.2m
■ An additional 43 licensees of Arm’s technology were added, bringing the cumulative total to 1,161
■ Revenues from licensing grew 12 per cent to £88.4m, while revenues from royalties grew two per cent to £90.4m
■ 3bn Arm chips were shipped by the firm’s partners worldwide, up 19 per cent year-on-year
■ Arm expects fourth quarter revenues to reach market expectations of around $350m
■ Shares fell 5.34 per cent following the results yesterday, to close down at 806p per share