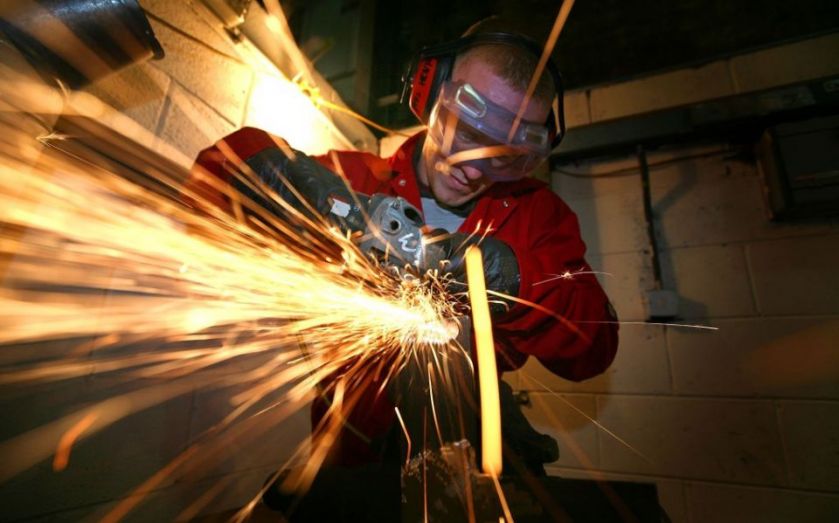 The Queen’s Speech today will outline how the new Conservative government will put the contents of its pre-election manifesto into practice. It will contain many measures, including an EU referendum bill that will attract a lot of attention. But the big question is this: how will the new government meet the tax and spending commitments it made during the election campaign while still eliminating the deficit before the end of this Parliament?We all know that the answer must lie in growth. And a lot of it and soon, please. But how will it be achieved? On the face of it, the omens are not particularly good. Although there are some signs of a renewed pick-up in activity, first quarter GDP growth disappointed and the Bank of England has downgraded its growth forecasts for this year from 2.9 per cent to 2.5 per cent, from 2.9 per cent to 2.6 per cent for 2016, and from 2.7 per cent to 2.4 per cent for 2017.There are some obvious things holding us back, not least the strength of the pound and the weakness in the Eurozone (our main export market). Uncertainty about the outcome of the General Election and now concerns over a possible Brexit do not help matters either.However, most of the problem lies in the UK’s poor overall structural competitiveness. Productivity has been weak. The labour market, though increasingly skilled, has shifted from highly productive sectors into less productive ones.How do we reverse this? A better climate for business is a must. There will be focus in the Queen’s Speech on further devolution of powers to the regions and, crucially, an Enterprise Bill aimed at reducing bureaucracy and encouraging entrepreneurship, productivity and profitability.But will we hear anything about industrial policy more generally? An industrial strategy had finally been crafted by business secretary Sajid Javid’s immediate predecessor Vince Cable, with an emphasis on 11 sectors. There had also been a ring-fencing, at least in nominal terms, of science and technology spending, the encouragement of industry-university collaboration backed by “catapult” innovation centres and money from Innovate UK (previously the Technology Strategy Board), and a focus on STEM skills to enable the UK to flourish in advanced manufacturing and innovative technologies.None of these require a huge amount of extra spending, but are vital for improving the country’s competitiveness and keeping the UK at the forefront of the discovery and profitable exploitation of new ideas. They are also what guarantee high levels of inward investment and encourage top brains to move to Britain, rather than be lured away by the US and, increasingly, China.Industrial policy needs to be constantly evolving in a globalised environment and adapting to new challenges. And what has been put in train already needs to be properly evaluated after it has been running for a while.And yet evaluation of policy is an area where, in my experience, the UK often lets itself down. In his introduction to New Perspectives on Industrial Policy in Modern Britain, a compilation of think pieces, Imperial College professor Mike Wright recommends a regular five year strategic review of innovation support to consider all areas of financial and other industrial policy assistance provided. He also calls for stability in the institutions that support businesses locally and nationally, such as the Local Enterprise Partnerships, which are just about to start performing their intended roles after a period of gestation.I would add to this the need to reassess the contribution of manufacturing, traditionally the most productive sector of the economy and one that tends to see more of its goods exported than others. Its contribution in terms of its direct and indirect impact on jobs, spill-overs to the rest of the economy, the generally high level of skills it uses, and its comparatively high gross value added should not be underestimated.Moreover, design, marketing, branding and other creative sectors have now become an integral part of its success. Rather than being a sector set apart from services, manufacturing instead embraces them to achieve a bigger whole. And that inter-relationship needs to be understood and encouraged by policy-makers to the benefit of the UK economy as a whole.This does not entail picking winners. Instead, we need to encourage the links that allow the eco-systems to be created that will make manufacturing – and the rest of the economy – flourish. The state has a role to play here, and it should do so with relish.