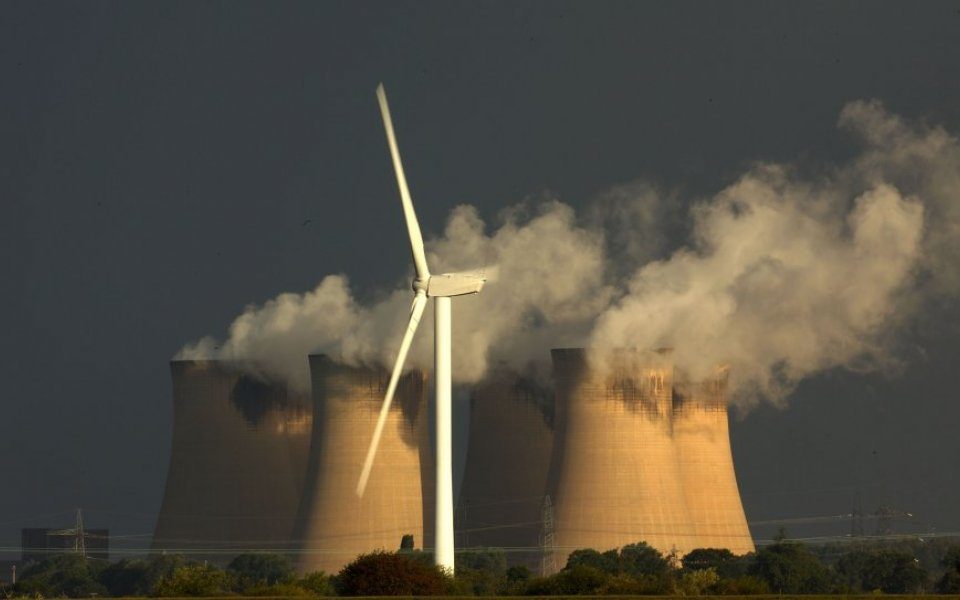 Over the past decade and a half, Britain’s energy bills have soared. When wages stagnated and demand fell, electricity prices kept going up. Even the recent oil price collapse has barely cut household bills. Why?

Politicians like to point the finger at the big six energy providers. They accuse the suppliers of acting like a cartel – and they’re right. But to claim that is the cause of rising prices is a smokescreen.

Ukip’s Parliamentary Resource Unit recently published a report titled Securing the UK’s Energy Future, co-authored by our energy spokesman Roger Helmer MEP. Our report lays bare what the political Establishment won’t admit: energy prices have risen as a direct result of green legislation. Unless we change course, we face a future of not just higher bills but energy crises.

The green agenda too often amounts to regressive taxation. The 2008 Climate Change Act alone saddles UK consumers with annual costs of £18bn, according to the government’s own figures. No wonder bills have gone up.

Because these charges are regressive, they hit the poorest hardest. Fuel poverty trebled between 2003 and 2009, and millions of people still have to spend far too much of their income just on heating their homes.

Artificially high costs have had an even bigger impact on heavy industry. British manufacturers face a competitive disadvantage internationally which for some – like our steel works – could prove fatal.

But cost isn’t even the biggest problem: Britain is also facing an energy capacity collapse. The EU’s Large Combustion Plant Directive, coupled with our own Emissions Performance Standard, has cost us 8.2 GW in lost coal power, with another 2GW – from the plant at Fiddler’s Ferry – likely to follow.

It’s not clear. The government is banking on wind power to comply with EU demands that 15 per cent of our energy is sourced from renewables by 2020. But wind is not only expensive, it’s also unreliable. According to National Grid figures, total electricity currently generated by wind can fluctuate from 23.5 per cent to 4.5 per cent in the space of a week.

Nuclear power is not much better. The proposed new plant at Hinkley Point not only comes with an eye-wateringly high strike price, but makes us dependent on French and Chinese state-owned energy suppliers – companies with a combined track record of overspending, late delivery, and low safety.

Wind and nuclear are both subsidy dependent. Subsidy dependency creates perverse producer incentives, meaning suppliers have no interest in developing technology that is competitive, reliable, or commercially viable.

In fact, the green agenda hasn’t even succeeded in its key objective: curbing CO2 emissions. Not only are UK emissions a negligible portion of the global total, but the idea that developing countries would follow our example has proven delusional. Instead, India and China are pushing ahead with coal, making the most of the competitive advantage we have given them.

Simply put, the costs of the green agenda far outweigh its positive impact.

So what’s the solution? We need to say yes to new technology, but no to subsidy.

Britain needs a free market revolution in energy to keep the lights on. We must break free of ruinous EU legislation. We need to lift the cost burden on consumers. And we should level the playing field by abolishing subsidies across the board – not just for nuclear and renewables, but for fossil fuels as well.

Urgent action is required to restore capacity too. Coal-power station closures need to be reversed, and new gas-fired power stations – which can be built quickly – need to be commissioned.

Successive governments have approached energy with a combination of corporatism and complacency. Misplaced policy priorities are hurting businesses and households, and threatening our energy security. It’s time to admit the green agenda has failed. Let’s change course now, before it’s too late.

Innovation and technology have given us more-for-less in so many areas of our lives over the past few decades. Let’s break apart the energy cartel, and allow the free market and human ingenuity to provide us with cheaper energy too.