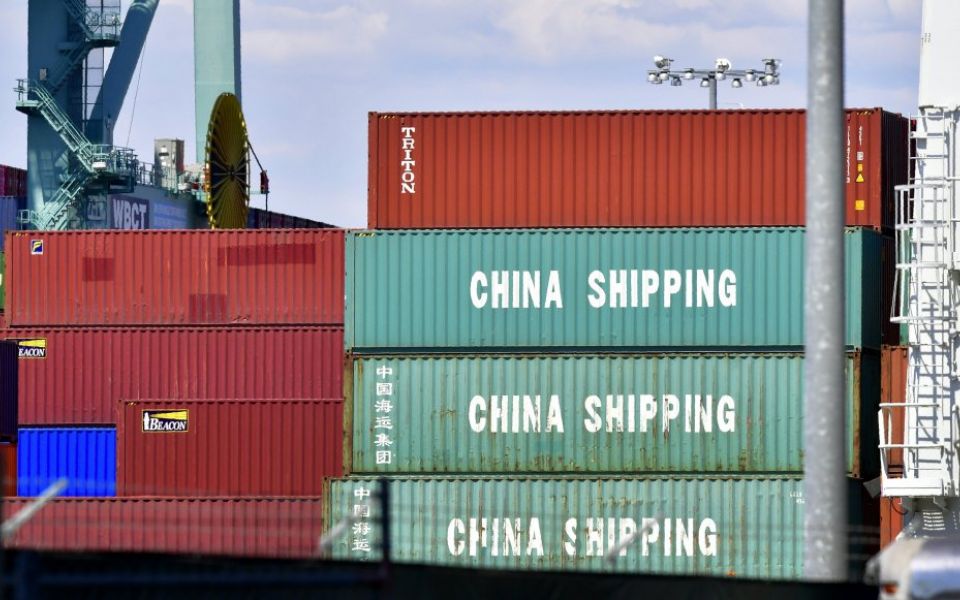 The first casualty of war, it is said, is truth.

The first casualty of the current US-China trade war was Mid-Continent Nail – America’s largest nail producer – which is in a state (Missouri) that overwhelmingly voted for Donald Trump, and has already had to lay off a third of its workforce.

The problem is it won’t be the last. This Sino-American sneeze will mean the rest of the world coming down with something nasty – and the UK will be no exception.

Obviously, the greatest focus has been on the UK’s future trade relationship with the EU, the destination for 44 per cent of British goods exports. But that share, while crucially important, has been falling over the last two decades – and the EU’s share of the world economy is also declining.

The snag is that the change in exports ratios has been thanks to burgeoning trade with fast-growing economies in Asia, the Middle East, and Africa – mostly under trade agreements negotiated between these countries and the EU.

So it’s vital that whatever the EU-UK settlement, these agreements are not lost.

With British exporters looking beyond the EU for trade opportunities, it is also crucial that the global accord in favour of free trade does not crumble.

This is not just about the US and China; recent tensions between the US and a range of other economies, including Mexico, Canada, Germany and Japan, have raised the spectre of a global trade war. Tariffs imposed by one side are being matched and raised by another, leading to a spiral of protectionism.

There are some arguments you don’t expect to have to win again. The merits of free trade have been debated since the eighteenth century, but in the post-1945 period, consensus has prevailed that freer trade is better for everyone.

This has underpinned decades of international trade cooperation, and the last 70 years have seen the lowering of barriers and tariffs.

At the same time, extreme poverty has reduced dramatically, with around a billion people escaping it between 1990 and 2010 – a billion potential new customers.

However, the benefits of free trade are not always apparent to everyone. Less skilled workers in advanced economies seeing jobs lost to overseas competition – as well as to automation – may not be so enamoured of it.

It’s not hard to see how a shift in the political narrative towards protectionism has gone unchallenged, especially when “disrupter” politicians across the world have been quick to stoke fear with the spectre of foreign competition.

But trade barriers hurt us all. The World Bank is clear that they result in slower global economic growth, and that in turn means slower progress in eradicating poverty.

It is also bad news for British businesses – whether or not they are the actual targets of tariffs. Lower trade between the US and China, for example, damages both economies, and in turn their demand for goods and services from the UK.

Oxford Economics’ Global Scenario Service simulated a trade war in which the US withdraws from Nafta, and raises tariffs to 25 per cent on all Chinese imports and 10 per cent for other major Asian emerging markets.

Faced with political pressure to protect their own industries, these economies would implement matching tariffs in retaliation, leading to a major slowdown in world trade and business investment, and a sharp deterioration in global financial markets.

This scenario keenly affects the UK economy, even though neither the US nor its adversaries are targeting imports from Britain.

The analysis shows that slower growth across the world economy, as well as the effects on global financial markets, would reduce UK GDP growth to almost 1.1 per cent in 2019; almost a third weaker than the Oxford Economics baseline forecast.

A trade war could mean that 2019, rather than being the year that GDP growth finally picks up in Britain, would actually mark the fifth consecutive year of slower growth.

The problem facing defenders of free trade is that the costs are immediate, visible and concentrated: factories closing or call-centres relocating.

The benefits – the lower prices, the export opportunities created, the millions upon millions no longer living in absolute poverty and becoming consumers – are harder to see, and, frankly, don’t make as compelling a story on the evening news. It is not news that millions of people didn’t starve, and my weekly shop was a bit cheaper.

Nevertheless, if we want Britain to have a brighter tomorrow, it seems we need to start making that case again.

Read more: Britain and the US can show the world what a free trade deal should like