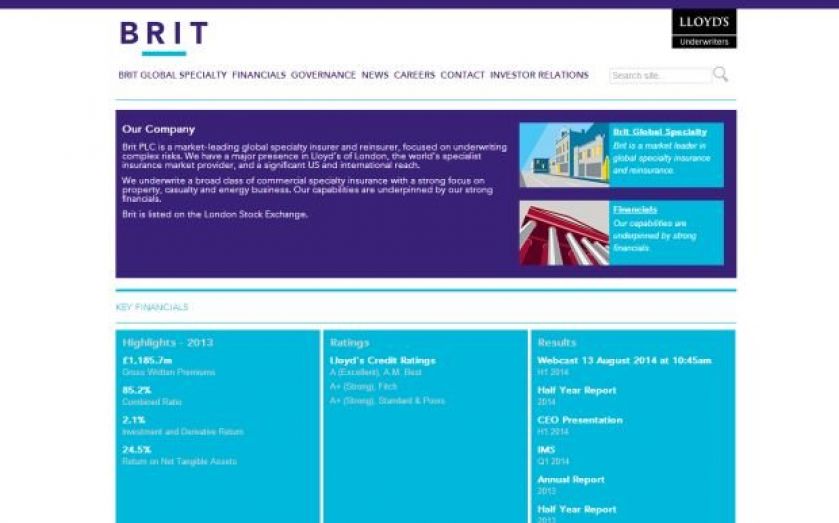 Brit Insurance group reported an 18 per cent slump in the first-half profits yesterday, led lower by costs related to its initial public offering (IPO) this year.

The Lloyd’s of London insurer which specialises in casualty, property and energy insurance, said profits for the first half of 2014 were down to £62m, compared to £75m in the same period last year.

The fall was blamed on its floatation on the London stock exchange earlier this year, which cost £14m, and foreign exchange rates. Excluding these, profit on ord­in­ary activities was £96m, a signif­icant jump on the £56m in 2013. The firm also announced it was paying a dividend on its shares.

Brit boss Mark Cloutier said the company was “delivering on the targets set out at the time of the IPO.

“Our focus on underwriting profitability means we continue to grow premium levels where we see attractively priced opportunities and our 2013 new business initiatives are delivering profitable growth.

“Looking ahead, the underwriting environment is undeniably becoming increasingly challenging.”

Shares in the FTSE 250 listed business closed up slightly at 249.80p in trading yesterday.