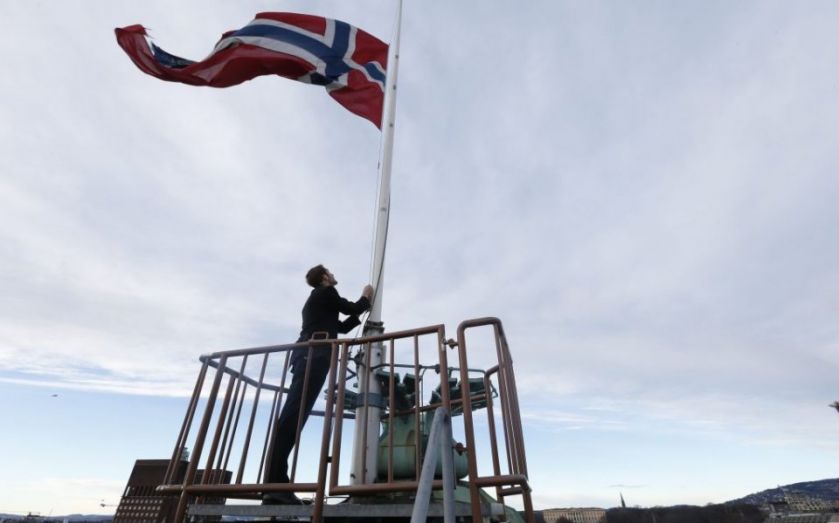 A comprehensive free trade deal between the UK and Norway is at risk of collapsing as the Christian Democrat party fears such a pact would hit farmers in Scandinavia’s richest country too hard.

The Christian Democrats party (Krf), part of the current coalition government, plans to block opening up the Norwegian market to British beef and cheese, fearing non-tariff access would put many farmers in the country out of businesses, according to a Krf party insider.

Speaking to City A.M. over the phone from Oslo earlier today, he added that the political will is lacking to introduce a tariff-free regime between the two countries, explaining there is “a general sentiment within the [Krf] party that the UK should not be rewarded” with better market access, now it has left the EU.

Moreover, “the party realises the Norwegian market is small, but highly attractive for UK exporters, as prices are high and consumers have a strong purchasing power,” he added.

News about the party’s opposition has started to break in Norway, with national broadcaster NRK reporting that the Christian Democrats not only consider blocking the deal to protect farmers, but also over concerns with regards to food quality and non-agriculture employment, such as food processing and distribution.

Time is running out

Ole Erik Almlid, who heads the Confederation of Norwegian Enterprises in the oil-rich country, said “time is running out” for the Christian Democrats to change their mind and join the other two governing parties, the Conservatives and Liberals, who fully back a comprehensive trade deal.

He pointed out that, after the EU, the UK is Norway’s most important trading partner, with an estimated annual value of around £20bn.

The three governing parties have to reach an agreement before 28 May, as there would otherwise not be enough time left to pass the required pieces of legislation in the Norwegian parliament before national elections are held on 13 September.

It is becoming increasingly unlikely, however, that the Christian Democrats are prepared to agree to a non-tariff deal, given that the party traditionally leans heavily on Norway’s rural vote.

According to the most recent polls, the party is well behind, polling at only 3.4 per cent of the vote.

In December, the UK signed a temporary post-Brexit rollover trade deal with Norway.

The agreement covered trade in goods, and ensured 95 per cent of goods trade with Norway and over 90 per cent with Iceland will remain tariff-free, providing businesses with certainty that they can continue to operate on the same terms as they did pre-Brexit.

However, Almlid pointed out that “this is just an emergency agreement that only applies until we get a final trade agreement in place. Also, it does not regulate trade in the services area, which is very important to us.”

The news comes only three weeks after a fishing deal between the UK and Norway collapsed, as parties could not agree on annual catches.

The failure to reach an agreement left the British fishing industry trembling with fury and put Hull-based freezer trawler giant Kirkella, one of the UK’s biggest players, out of business for the rest of the year.

A spokesperson for the UK’s Department for International Trade told City A.M. this morning that “trade talks [with Norway] are ongoing and remain positive.”