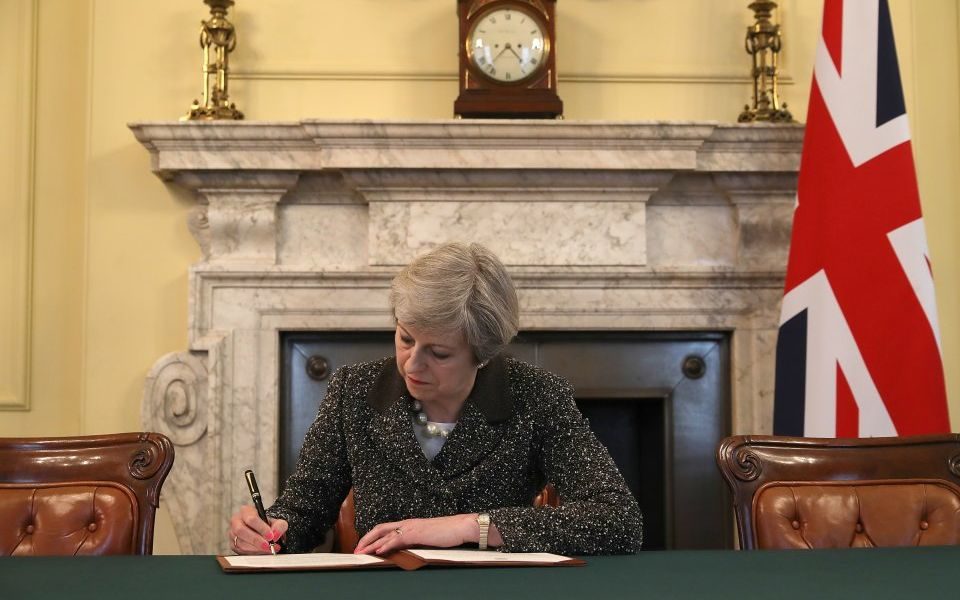 The UK government and European Commission have announced that the broad terms of the UK’s Withdrawal Agreement have been finalised. This lays the path for completion in the next few weeks, and the UK entering a transition period following its exit from the European Union on 29 March 2019.

The 585-page draft agreement follows most of the key points from the UK government’s previous white paper (dubbed the Chequers agreement), but with a few significant compromises about the Irish border.

The UK will enjoy all of the benefits of EU membership during the transition period, which may be extended beyond December 2020 for a set period (yet to be specified). This includes ongoing single market access, remaining in the customs union and free movement of labour. However, it will also need to make ongoing budgetary contributions, and will not be able to finalise any new trade deals until it leaves the customs union. Of course, the UK will no longer have representation at European institutions or the European Commission.

What does it mean for Northern Ireland?

During the transition period, Northern Ireland will largely face the same rules as the UK with regards its relationship with the EU (including the Republic of Ireland). However, when the transition period comes to an end, if a solution has not been found to avoid a hard border and maintain the Irish peace deal, then Northern Ireland could be tied into the EU for longer. The so-called “backstop” is not the desired outcome for the UK government or the EU and the idea of regulatory differences with the rest of the UK has angered the Northern Ireland Democratic Unionist Party (DUP), who happen to be supporting the Conservative Party to achieve a majority in parliament.

The backstop would only be temporary until a solution is developed to maintain an open border, and Northern Ireland would have greater access to the single market than the rest of the UK. The British government has stated that Northern Ireland would not face any barriers to exporting to Great Britain, but goods arriving from Great Britain (and the rest of the non-EU world) would face checks as they enter Northern Ireland. Essentially, as we have predicted in the past, Northern Ireland will become a special economic zone, which from an economic standpoint seems to be the best of both worlds. So much so that ministers in Scotland are demanding the same arrangement, or threatening another attempt at separation from the UK.

The end of the beginning

Overall, the deal is largely as we expected. As a reminder, this is only the end of the beginning. The future relationship beyond Brexit, and beyond the transition period has yet to be decided. The EU has always insisted that negotiations on trade and security amongst many other issues would not start until after Brexit has been completed. Trade negotiations are likely to take many years, possibly beyond the end of the transition period. Uncertainty for companies will therefore remain, prompting more to consider shifting investment plans away from the UK. The relief in the near-term will be that an agreement in principle reduces the chances of a no-deal or cliff-edge Brexit.

The deal has been met by anger and accusations of betrayal of the original Brexit referendum result. Of course, nobody can claim with any authority that they know what form of Brexit people voted for, because that question was not on the ballot. After the details of the agreement were revealed, Theresa May announced that she had the full backing of her cabinet. The next day, several senior and junior ministers resigned in protest.

At present, there are suggestions that the prime minister may face a leadership challenge from her own party. We believe that there are enough unhappy Conservative party members of parliament that would trigger a vote of no confidence. However, we doubt they have a majority in the parliamentary party, and so Theresa May is likely to survive.

Looking ahead, the UK and EU are due to finalise the agreement on 25 November at a special summit. The Withdrawal Agreement would then be debated in the House of Commons for about a week, before an expected vote around 10 December. This is the next major risk to an orderly Brexit.

The same significant number of hard-core Conservative party Brexiteers that are seeking to challenge the leadership of May are also threatening to vote against the deal in parliament, preferring no deal at all. The DUP has stated that it will vote against the deal too as mentioned earlier, while the Scottish National Party (SNP) and the Liberal Democrats have also said they would not back the deal in the hope of avoiding Brexit altogether.

Meanwhile, the main opposition Labour party have also stated that they would not back the deal, and instead, have called for a general election. They believe that they have the ability to achieve a “better” deal for the UK, but without outlining how such a deal would be achieved.

Indeed, this is the problem at the heart of UK politics. The belief that the UK has much negotiating power is misguided, when in reality, the EU has dictated the terms of Brexit from the beginning.

While politicians widely state that there is no majority to support May’s deal, they also state that there is no majority for a no-deal Brexit. Yet, in the absence of a deal being ratified, or a delay to Brexit being requested and backed unanimously by other EU states, the UK will be leaving the EU on 29 March 2019 without a deal or transition period.

We believe that the risk of a no-deal Brexit will focus minds and lead to cross-party support for May’s deal. There are many Labour MPs that take a more pro-Europe centrists approach, which we believe would defy their hard-left leadership in order to avoid a chaotic Brexit. Passing the legislation would complete the path to the transition period, which according to our previous poll of currency experts, could take the pound up to 1.40 against the US dollar (9% appreciation). We place a 70% probability on this outcome.

If parliament does however reject the deal outright (30% probability), then a number of scenarios are possible:

We doubt the first two options would yield a materially different outcome from the previous referendum and general election, and so our central view would shift to a no-deal Brexit. This would trigger a sell-off in sterling, which according to our poll mentioned earlier, could take the pound down to around 1.12 against the US dollar (13% decline).

The path ahead is politically fraught, and sterling is likely to remain very volatile in the days ahead. The UK’s immediate outlook depends on the prime minister being able to sell her deal to parliament and the public. Failure to do this risks a no-deal Brexit, and a UK recession next year.