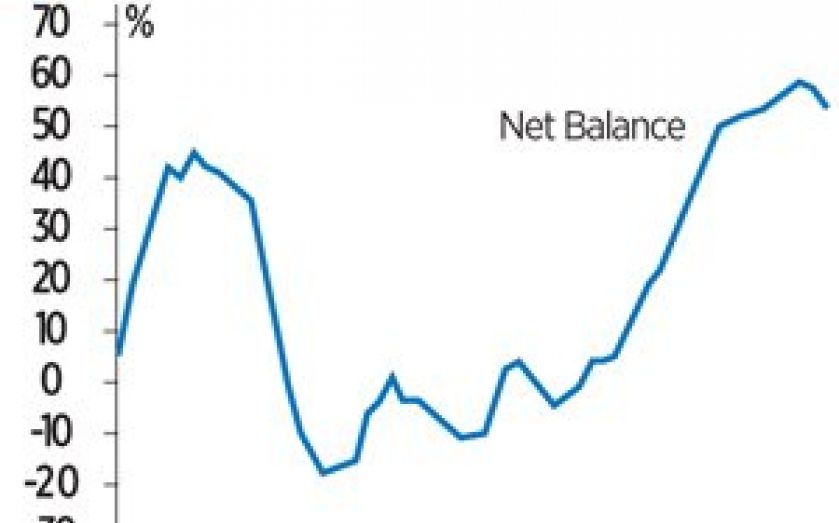 House prices are rarely out of the headlines, particularly in the capital. After unpreced­ented increases and talk of a bubble, homeowners are becoming more circumspect.

Over the past 18 months, we have seen an increase in consumer confidence largely driven by the property market – both recent experiences of it and also expectations for it over the coming year.

However, our figures indicate that for the second month in a row, there has been a decline in number of people who believe that house prices will rise. Although the net balance is still the fifth highest since YouGov started gathering data in the spring of 2009, this is the first time since summer 2012 there have been back-to-back monthly falls.

Our data suggests that the cooling of the property market has stalled overall economic optimism. This month’s YouGov/Cebr Consumer Confidence Index is flat, suggesting that this phase of economic recovery may be reaching its peak.

So what does this mean in the build up to the general election? Well, the economy could be readying itself for sustainable, better balanced growth.

There is a difference between good things happening in the economy as a whole and people feeling it in their wallets. Our data shows more people still think their household financial situation will get worse than get better in the coming 12 months but the gap has narrowed over the past year. As the recovery reaches people’s wallets and improve their lots, many consumers would feel that the feel-good factor in the economy was based on a firmer footing – especially among those who are not home owners.

Stephan Shakespeare is the chief executive of YouGov.