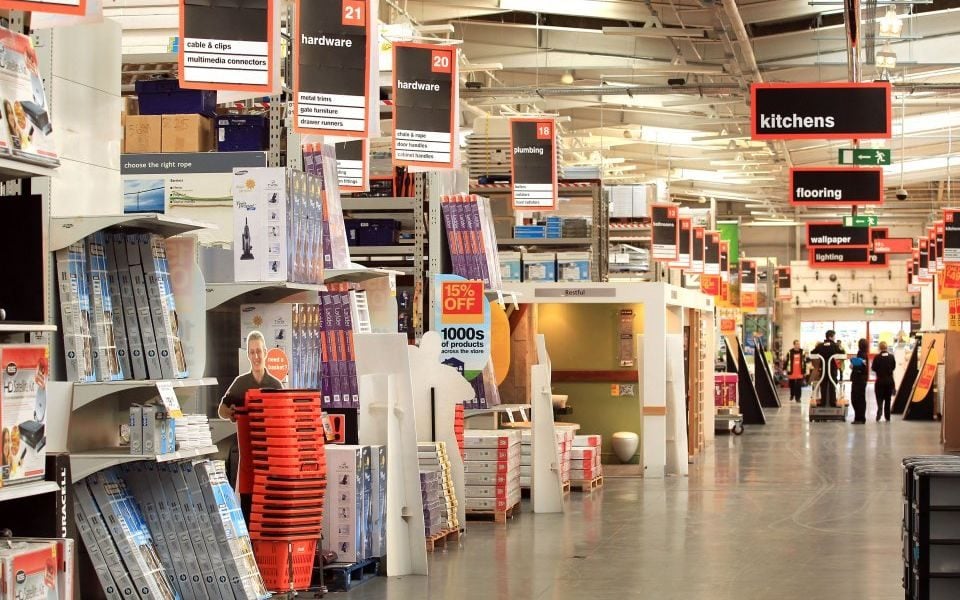 UK and Ireland sales rose 5.4 per cent in the three months to the end of April compared to the same period the year before at B&Q, while like-for-like sales grew 2.8 per cent.

Meanwhile the hardware giant’s DIY brand Screwfix brand enjoyed a much higher 9.6 per cent annual rise in revenue with a 4.5 per cent hike in like-for-like sales.

Overall like-for-likes rose 0.8 per cent across the group’s international brands, and were up 3.4 per cent in the UK, compared to a 3.7 per cent drop in France.

Strong UK growth pushed Kingfisher to £1.28bn in revenue in the region while France fell 5.1 per cent year on year to edge just over £1bn in sales.

Poland and Romania both exhibited robust growth of 2.9 per cent and six per cent respectively while overall the firm’s international arm expanded 0.7 per cent to £531m.

“This year we are focused on completing the building of our 'engine' and making our innovation more visible to customers,” Kingfisher chief executive Veronique Laury said.

“Our new outdoor range was rolled out to all markets in the quarter alongside a globally coordinated marketing campaign. We are also excited to be launching several new ranges this year which are unique to us and will further differentiate us from our competitors, including surfaces & decor and bathrooms across the group, and kitchens in B&Q.

“In addition, we are piloting a new convenience store concept which we look forward to demonstrating at today's Kingfisher Innovation Day.”

Laury announced her decision to quit in a surprise announcement in March amid a swathe of store closures and a double-digit drop in profits.

Her decision to leave midway through a five-year turnaround plan will leave the FTSE 100 with just five female bosses.

No date has yet been set for her departure.