BP and the Royal Shakespeare Company: A drama of misplaced corporate philanthropy 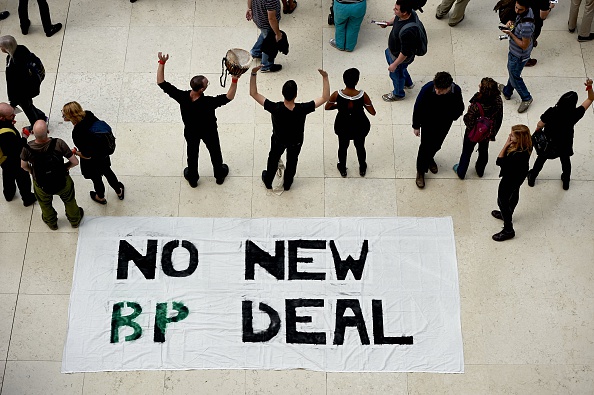 This was the result of a campaign led by Ella Mann, an ecology student from Oxford, who pleaded with the RSC to end the deal, saying it was clear that the arrangement was “putting a barrier” between young people and the theatre.

The RSC dropped the sponsorship, saying that it could not ignore the strength of feeling against the deal.

Many have been critical of the RSC for rejecting the corporate cash. But the mistake here is not the theatre company’s, but BP’s – it never should have been a sponsor of the arts in the first place.

BP is a company which throughout its 110-year history has driven transformation in technology and energy. Much of that has been beneficial to mankind, powering the immense rise in living standards since the turn of the twentieth century.

But it is impossible to ignore the extraordinarily damaging impact that this progress has also had on the planet and its wildlife.

We are facing an environmental emergency that is in part due to carbon pollution, much of it created by the burning of oil products, and are awash with plastic waste created by oil pumped out of the ground by firms like BP.

The mood of the public, especially millennials and generation Z, is that companies which are damaging the environment must do everything they can to repair that. BP’s sponsorship of the RSC does not do this.

Corporate philanthropy is designed to enhance the brand of the sponsor. It helps connect those who are involved in the RSC to think highly of BP, to defend it when criticised, and to encourage the public to be supportive of its corporate goals. Think of it as one arm of a company’s lobbying efforts – BP will no doubt hope that, when it comes to new laws and regulations, the UK government will be more forgiving than it would otherwise be.

This is an ineffective strategy. Corporate philanthropy is not brand-enhancing when the company itself is engaged in practices that are damaging to society or to the environment. The public is increasingly looking at deals like the RSC sponsorship, and simply saying: “this doesn’t clean up your oil spill”.

Everyone knows that BP is an oil company, and people aren’t stupid enough to think that they can cope without oil and its products in modern society.

But BP can still work to reverse the negative impacts it has on the environment, as well as investing in renewable energy sources and technologies that increase sustainability – which, indeed, it has been doing for some years.

Stepping up these efforts would be a much better use of funds, both practically and ethically, than paying to slap a sponsorship sticker on a theatre or art exhibition.

As for the RSC, charities which take corporate money are signing up to the values of that sponsor, and they need to be wise as to the type of sponsorship they accept.

The arts obviously do need patronage to ensure that they can remain accessible to diverse communities and are not restricted to society’s elite. But some friendships come at too high a price.