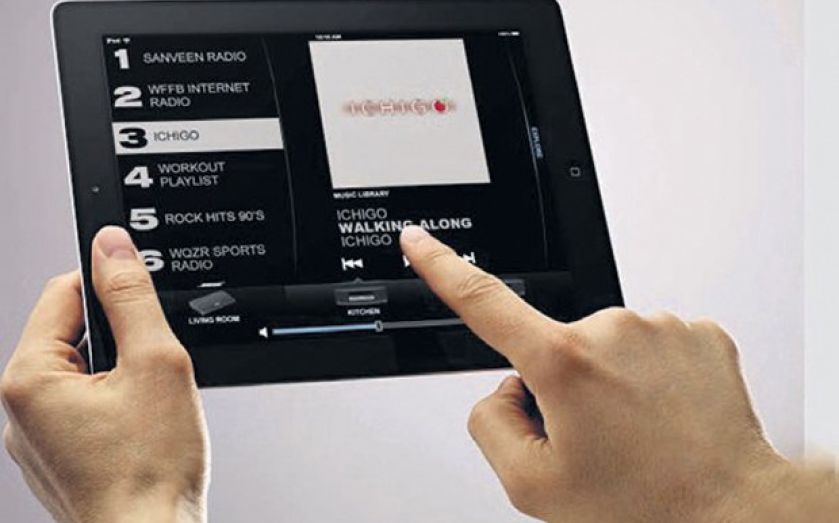 AUDIO firm Bose has launched what it is calling “an entirely new way to listen to music”. The SoundTouch range is a set of wireless speakers that sync wirelessly with your music library, audio streaming services such as Pandora and almost 20,000 internet radio stations.

The range is made up of three systems, the SoundTouch 30, which is packs a punch for big spaces, the smaller 20 and the Portable, which has a rechargeable battery that will last at least two and a half hours away from a mains connection.

The systems are all controlled by a new app (iOS, Mac, Windows and Android compatible), which will seek out your iTunes or Windows Media Player music library, allowing you to play your entire music collection (assuming your laptop or PC is turned on).

You can also link multiple devices in different rooms, which can all be controlled – either individually or as a group – by the app.

The user interface is built around the idea of pre-sets. You can assign numbers one through six to your favourite stations, artists or even single songs, which can then be played by pressing a single button.

The speakers are designed to automatically install updates and additional streaming services (it comes with Pandora in the US but this service is unavailable in the UK) will be added in the new year.

All new additions to the Bose range will be SoundTouch compatible, but existing products will not be upgradable. Other devices to join the line-up in the new year will include a motion-sensing, touch-sensitive wall-mounted controller, from which you can select your pre-programmed playlists.

A SoundTouch version of Bose’s Wave system will also go on sale next year.

HANDS ON
The SoundTouch 20, 30 and Portable
Three Stars

First the good stuff: these speakers are well put together and the sound quality is impressive. If you’re a real audiophile, they’re not going to replace a proper separates system but if you need a speaker for a second room (or, like me, you live in a shoebox where a big system would be wasted), these will amply fill the space with nice, clear sound.

The app is intuitive and syncing and programming the devices is simple. If you have two or more SoundTouch systems, there is something very satisfying about fading music in and out in different rooms from one central location.

Being able to bookmark your favourite internet radio stations and playlists is a neat idea, although I’m pretty sure my car radio used to do something similar. The supported streaming services, though, are disappointing. You can connect it to Pandora, but that’s no use in the UK, and Spotify, Deezer et al are missing (they could follow in the new year).

There are a few other annoying niggles with the system – such as the inability to scrub forward and backwards within a track, which seems like a strange omission – but none of them are deal-breakers.

At £600 for the big one and £350 for the medium and portable versions, they don’t come cheap, but then good speakers never do.

I’m not convinced they offer an entirely new way of listening to music, but they do give some serious competition to Sonos, which has built an enviable position in the connected wireless speaker market. With the addition of a few more streaming services, the SoundTouch range could pose a real threat.