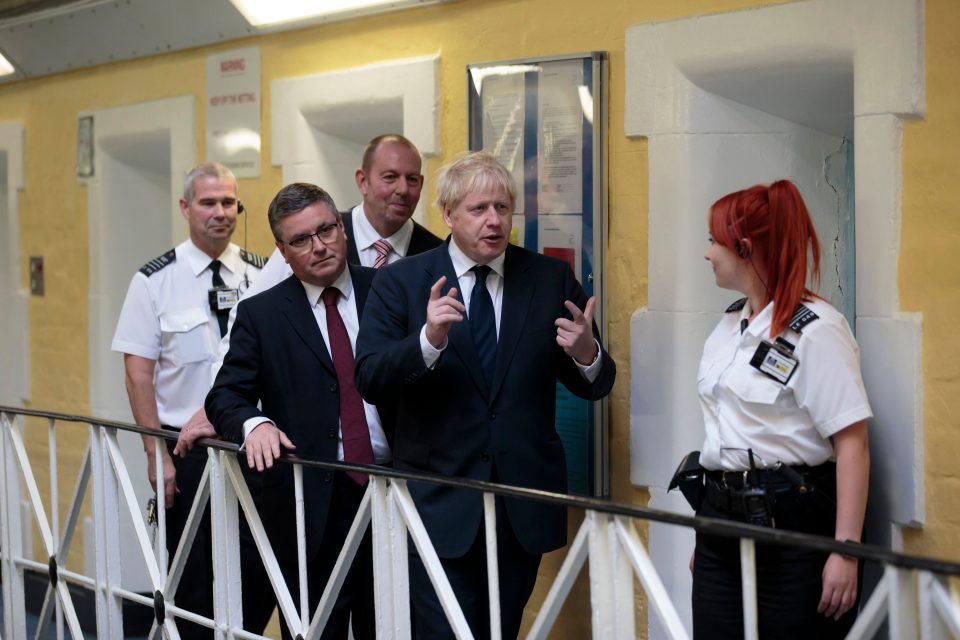 Having fallen off the radar in the past five years, people are now more concerned by crime than any issue other than Brexit – and it happened on the Tories’ watch. Bad news for the party of law and order.

Ever the people pleaser, the new Prime Minister is seeking to rapidly reposition his government. He wants “tougher sentencing laws”, ensuring more offenders go to prison, for longer.

After a succession of reforming (Conservative) justice secretaries, the new proposals are a return to the “prison works” philosophy of Michael Howard. “My job,” Boris declared outside Downing Street, “is to make your streets safer.”

And what could make the streets safer than locking up all the criminals? Many things, actually.

It’s a myth that Britain has become “soft” on crime. The prison population is barely below its 2011 peak, and is projected to increase over the next few years. The UK has the highest prison population in western Europe – and it has risen steadily since Howard’s misguided mid-90s speech.

We’ve also become far tougher sentencers. Prisoners serving life on average now spend 17 years in custody, a 31 per cent increase since 2001, while the average minimum sentence for murder has increased by almost nine years since 2003. In 2017, more than three times as many people were sentenced to 10 years or more compared to a decade earlier.

The justice system is not giving criminals an easy ride – particularly when 62 per cent of prisons are overcrowded and violence is at record levels.

And the issue isn’t just the impact on criminals – it’s about the public too. In some instances, looking tough has trumped making us safer.

Evidence clearly shows that short prison sentences of 12 months or less lead to higher reoffending rates than community sentences. Yet despite this, use of the latter has halved over the past decade. More offenders have gone to jail, but in the process we’ve created more victims.

The former justice secretary David Gauke understood this and was intending to end short sentences. In true populist fashion, Boris is considering scrapping that evidence-based reform.

The Prime Minister’s enthusiasm for even longer sentences is also ill-considered. There is little evidence that making already lengthy sentences longer or more punitive deters criminals.

That shouldn’t be all that surprising given that offenders tend to value the short term more than the long term. Ignoring this logic, Boris has called specifically for tougher sentences for those who carry knives.

Boris could also look at evidence from across the pond. In America, the capital of lock-’em-up-and-throw-away-the-key prison policy, significant reductions in incarceration have occurred at the same time as the crime rate has declined. New York is a case in point: the prison population has been declining for a decade, and crime is at its lowest level since the mid-1970s.

That’s not to say that prison doesn’t have an important role to play in punishing offenders – some people should clearly be behind bars, and some of those probably shouldn’t ever be released. But a general policy approach centred around the notion that prison works is a nonsense.

It’s also an unforgivable waste of taxpayers’ money. The direct cost of a prison place is over £26,000 per year. Prisons are crying out for investment to tackle overcrowding and improve safety among the current – high – population. Local services like children’s mental health, alternative school provision, women’s refuges, and targeted youth programmes are all in desperate need of funding.

Investment in any of these would help prevent offending and be cheaper than locking more people up.

So, which is it Mr Johnson: do you want to look like you’re being tough on crime, or actually be tough on crime? If it’s the latter (and it should be), a change of tack is needed.