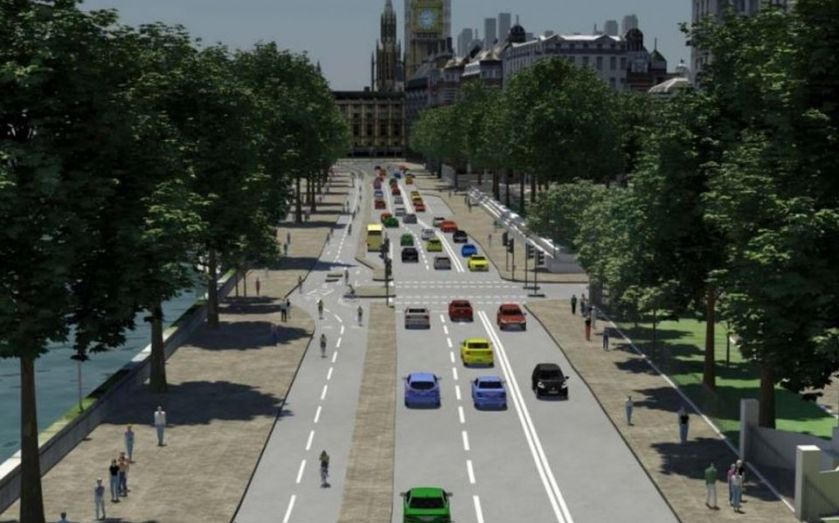 Boris Johnson's ambitious Crossrail for Bikes scheme has been given the green light by Transport for London, after it was updated to reduce knock-on traffic delays.

Four new cycle superhighways running throughout London have got the go-ahead and work will begin on the project within the next month.
The scheme will cost £160m to deliver and is due for completion at the end of 2016.
On top of the highways themselves money will be ploughed into sophisticated traffic signal technology, to improve menagement of traffic. TfL will also work with businesses to enable deliveries to be made at less busy times and help reduce unnecessary congestion across London.
Johnson, a renowned cycling enthusiast, said: “We know that Londoners want these routes and that they want them to be delivered to the high standard I promised, as quickly as possible. I will keep that promise and spades will begin hitting the ground next month.”
The new pathways will cross nine boroughs throughout the capital and are designed to improve safety at some of London's most dangerous intersections.
You can read the full details of the plans – including how the traffic delays were reduced – on this previous City A.M article.
Johnson added: “I now look forward to the transformation that these planned routes will bring – not just for people who cycle now, but for the thousands of new cyclists they will attract.”
Sir Peter Hendy CBE, London’s Transport Commissioner, said the scheme would “revolutionise cycling in the capital”.
He warned there would “naturally, be some disruption due to these works but we have some of the world’s leading highway and traffic engineers, traffic models and modellers working tirelessly to ensure that this is kept to a minimum”.