Canadian aircraft manufacturer Bombardier is gearing up to sell its Belfast business, it revealed this morning.

The firm, which employs about 4,000 people in Northern Ireland, said it will consolidate its aerospace assets into one division focusing on its operations in the US, Canada and Mexico, and subsequently pursue the sale of its arms in Belfast and Morocco.

Bombardier, the province’s biggest employer, said it would work with unions through any future transition period to a new owner. Although it said there were “no new workforce announcements” as a result of the sale, it would look to “improve productivity and increase our competitiveness” to make it more attractive to future buyers.

#Bombardier today announced the consolidation of its aerospace assets into a fully integrated Bombardier Aviation business unit, to better support our customers and generate value for shareholders –> https://t.co/XOEGAVMvoP pic.twitter.com/gus8ZzouUz

“We understand that this announcement may cause concern among our employees, but we will be working closely with them and our unions as matters progress,” the company said.

Bombardier axed 490 jobs in Belfast late last year in an effort to cut costs and streamline its operations. In June last year the company said it was exploring ways to make savings on the model’s manufacture to drive down the price and boost sales.

The announcement comes at a politically sensitive time, on the morning of Northern Ireland’s local council elections – in which 60 council seats will be contested in Belfast. A total of 819 candidates are standing for election to 462 seats across the country as voters go to the polls today.

It also comes as the UK government tries to decide on the level of impact Brexit will have on Northern Ireland. Business secretary Greg Clark said he had spoken to Bombardier senior leadership, and that the government would “work with potential buyers”. 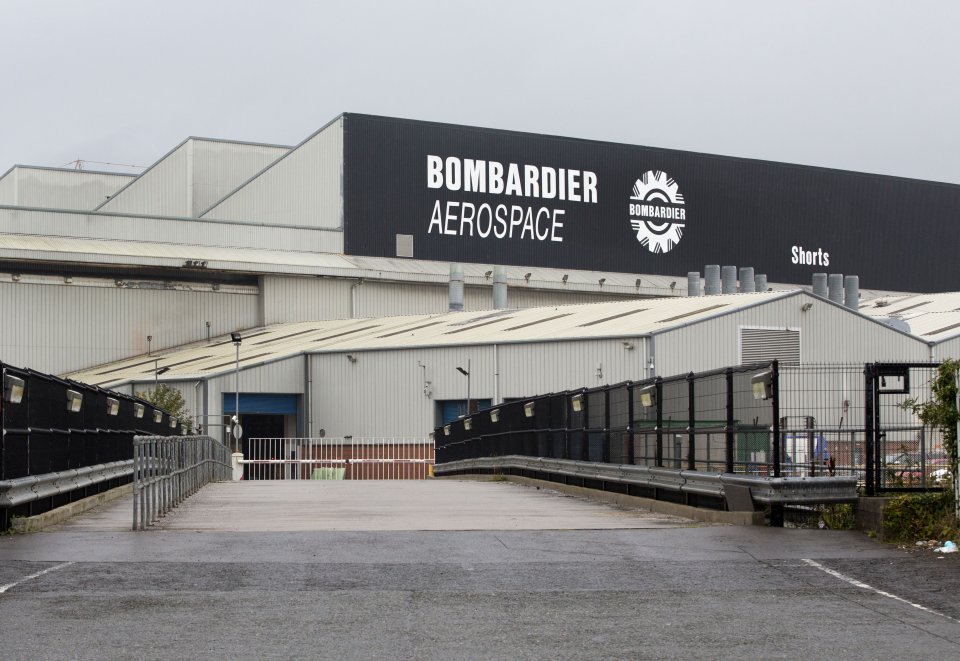 Bombardier is the biggest employer in the province (Source: Getty)

“The Belfast plant is one of our most important aerospace facilities in the country and a vital asset in the UK’s leading aerospace sector. It is a centre of excellence in advanced composites as well as the design and manufacture of some of the most technical and high value parts of aerospace manufacturing,” he said.

“The Belfast plant, its expertise and its highly skilled and dedicated staff will be highly sought after – the Government will work with potential buyers to take this successful and ambitious business forward.”

It is unclear who might emerge as a potential buyer for the division, but tier one engineering suppliers operating in the aerospace sector – such as GKN or Spirit Aerosystems – may see it as an attractive proposition. The plant not only builds parts for Bombardier, but also makes wings for Airbus’s A220 plane.

Unions call for clarity on jobs

GMB Union today demanded reassurance for Bombardier’s Northern Ireland employees, and would meet union reps today and for the rest of the week to discuss next steps.

Organiser Michael Muholland said: “Our members – and their families – have already suffered a terrible year. After months of uncertainty following Trump’s tariffs – they were then hit with the news of 490 job losses – and now this.” 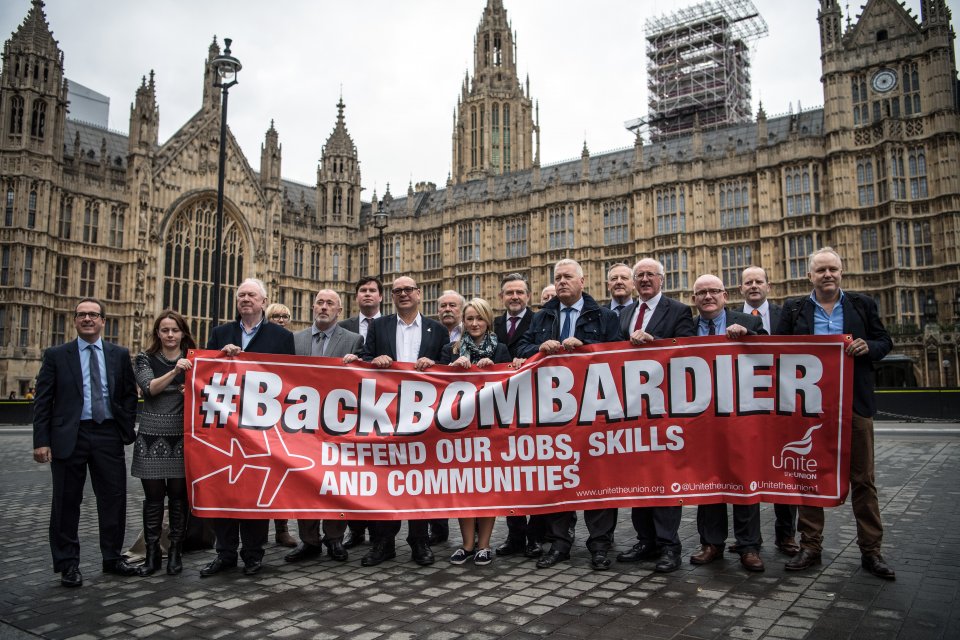 Bombardier workers urge MPs to protect jobs after a round of cuts in October (Source: Getty)

“Bombardier jobs are absolutely vital to Northern Ireland’s economy and its time workers were treated with the respect they deserve.”

Jackie Pollock, Unite union’s regional secretary in Ireland, said many of the firm’s employees “will be left asking what this will mean for their long-term future of their jobs”.

“It doesn’t matter whose name is above the gate – what matters is that we safeguard jobs and skills in this critical industry. The UK government must stand ready to ensure the retention of jobs and skills at these sites, Bombardier is simply too important to the Northern Ireland economy to allow anything less.”

Read more: Bombardier to cut 7,500 jobs over the next two years

Montreal-based Bombardier has more than 68,000 employees in 28 countries.