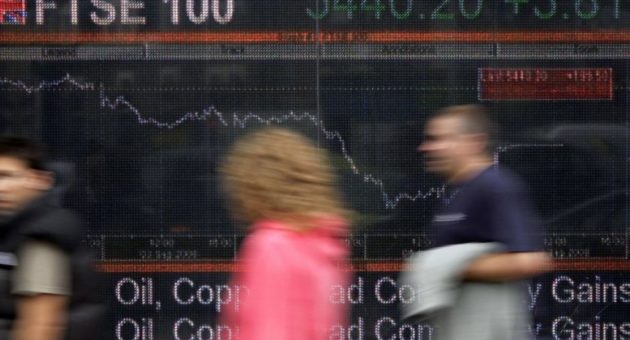 Blockchain: The president of the San Francisco Fed tells City A.M. why he's excited about the distributed ledger technology

RSCoin is the bitcoin alternative the Bank of England proposed to launch last month. Having its own digital currency would give the central bank a faster payments system, and more of an idea of what’s happening when and where within that system.

Speaking to the president of the San Francisco Fed, John C Williams, at LendIt USA, I asked him whether the Fed is doing anything similar.

The short answer is no. While the central bank currently has an initiative which is bringing together financial institutions, consumer groups and leaders from the tech industry to look at faster payments and how to improve its “pretty darn old” payments system, that is just a facilitation project.

“We’re not funding it, and we made a conscious decision that we weren’t going to create a new payments system or new currency. But we are trying to use our convening powers to see if industry and other groups can come up with something which, to my mind, will make it more efficient, safer and faster.”

Blockchain, says Williams, is “one of the ideas that came up within those discussions".

“One of the things about blockchain for me, from a social point of view, is what it can do for remittance payments. They’re huge for the US. We have millions of people sending money to central South America, Africa, Asia on a regular basis… and it’s just extremely expensive, it’s cumbersome, it’s hard to do. These are often lower income families sending money to people who have very little money.

“So I think there are some great opportunities for technology to really dramatically reduce the costs. We’re seeing some of this happen in different technologies in Africa. “That’s to me where I get to ‘this is a problem we need to solve; let’s figure it out’.”

In addition to the fast adoption of micropayments in Africa and other parts of the developing world, firms like bitcoin exchange BitPesa are enabling users to convert digital currency into local currencies. That business alone already offers instant payments to and from seven mobile money networks and 60 different African banks.

On the Fed’s approach to fintech regulation, Williams indicated that it’s something of a waiting game: “we really want to understand various issues around things like [platforms having] skin in the game and securitisation. But right now, we shouldn’t have an opinion because we still need a much richer understanding of what’s happening.”

Yet he says that there has been a “change in the approach” too – "we are trying to be more proactive”. He points out that colleagues at the Office of the Comptroller of the Currency, which is still trying to decide whether to open an office dedicated to monitoring the fintech sector, have been making a concerted effort to meet with people in the industry.

“That is happening. But will we stop being reactive? That’s not going to happen either. We’re human beings, we worry… you don’t choose a career in the regulation and supervision camp without worrying about what can go wrong.”