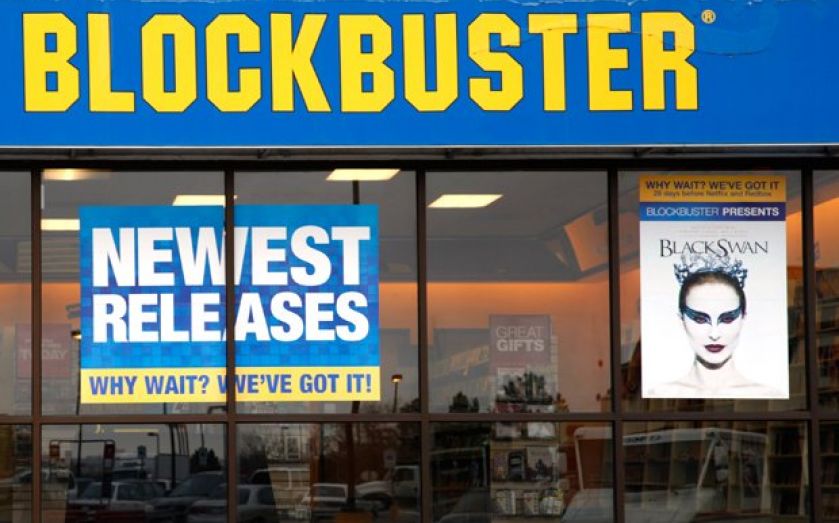 BLOCKBUSTER’S administrator yesterday blamed business rates for contributing to the film rental chain’s demise, as it warned that all of the DVD rental chain’s 153 remaining stores may be closed after failing to find a buyer.

“While the difficulties faced by Blockbuster are not solely due to the burden of business rates the group was paying a sizeable £3.8m on a turnover of £40m,” advisory firm Moorfields Corporate Recovery said.

Joint administrators Simon Thomas and Nick O’Reilly said that even with the capped rate of two per cent announced by chancellor George Osborne yesterday, Blockbuster would have faced a hike of £75,000 on top of the £3.8m it is already being billed.

Their comments came as it was announced that a further 62 shops will be closed with immediate effect, with the loss of 427 jobs.

The new closures are on top of the 111 shop closures already announced since the firm fell into administration in October. Moorfields also admitted that it may be forced to close the outstanding 91 stores ­– making 808 staff redundant and effectively putting a end to the business – if no buyer is found.

Blockbuster was bought in March by private equity owner Gordon Brothers after its initial collapse in January. At that time the retailer had over 528 stores and 4,190 staff. But the group called in administrators less than seven months later after admitting its plan to turn the business around had failed.

The rise of online retailers such as Amazon and the shift towards streaming from the likes of Netflix is largely to blame for Blockbuster’s demise.

Gordon Brothers was unable to strike a licensing deal with the parent company in the US to start a digital business. It also struggled to negotiate rents with landlords.