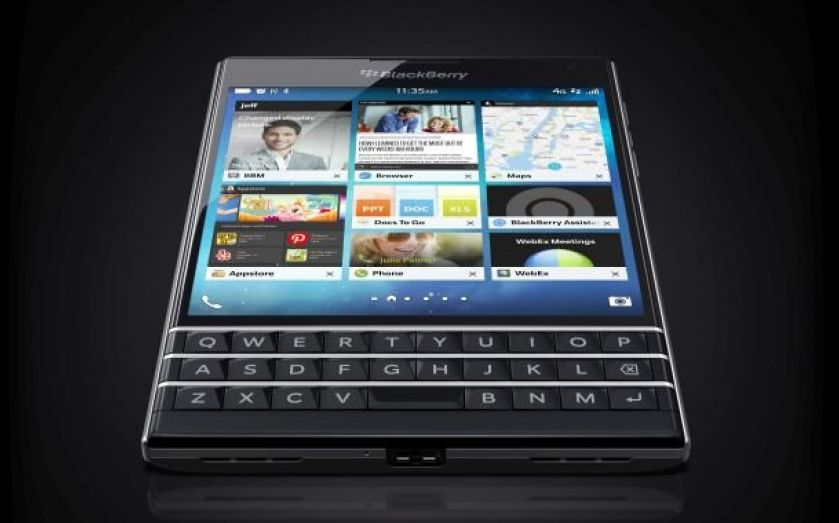 Net losses were down to US$207m (£126m) or 39 cents a share for the three months to August 30, with pre-tax losses reaching $218m.
This is a huge reduction in Blackberry's net losses this time last year, when it stood at $965m – equivalent to $1.84p a share.
However it was an increase on the prior quarter, when Blackberry had cut back to a pre-tax loss of $6m.
Revenue was an above-expectation $916m, compared with $949.8m estimated, with Blackberry selling around 2.4m smartphones. However that was still dramatically down on the same period in 2013 when it was $1.57bn.
The firm – which has just launched its flagship Blackberry Passport device – has undergone significant changes since Chen took over in November, including a significant restructure that has helped cut costs. He has also sold real estate, outsource manufacturing and built on services such as Blackberry's instant messenger feature BBM.
As a result, the pre-market share price was seen more than five per cent up at one point – a nice booster after yesterday, when Blackberry was among many stocks affected by a general tech sell off that hit US markets across the board. But as we moved closer to the open, it dropped until the share price was then expected to open around 3 per cent lower than yesterday.
Chen said in a statement: “We delivered a solid quarter against our key operational metrics, and we are confident that we will achieve breakeven cash flow by the end of FY15
“Our workforce restructuring is now complete, and we are focusing on revenue growth with judicious investments to further our leadership position in enterprise mobility and security, driving us towards non-GAAP profitability during FY16.”
Good news for a brand that according to one list is not expected to make it through next year alive.
Chen also revealed a funny side in an interview with Bloomberg – as referenced on Twitter and Facebook today:
https://twitter.com/BlackBerry/status/515254930236796928