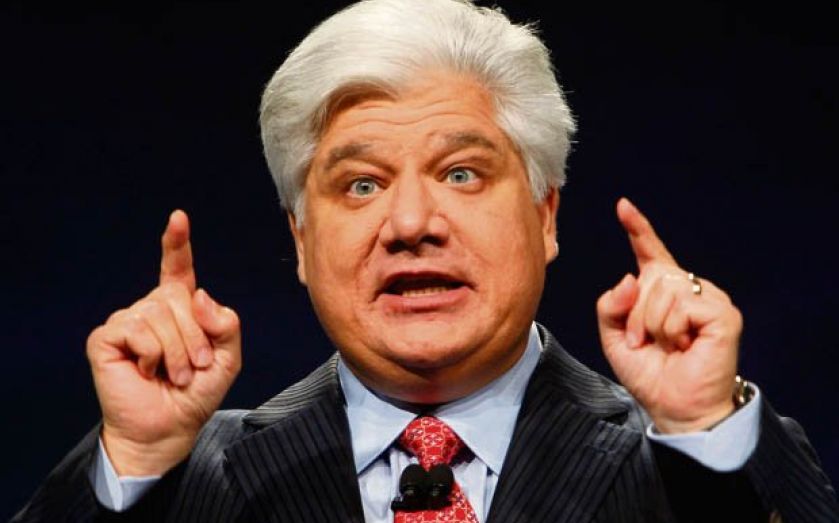 BLACKBERRY’S co-founders are considering a rival bid for the company after increasing their holdings in BlackBerry, a securities filing revealed yesterday.

Former chief executive Mike Lazaridis – who ran BlackBerry from 1984 until last year when shareholder pressure and product delays forced him out – and co-founder Douglas Fregin are considering an offer for the company, either by themselves or with other investors, the filing states.

As chief executive Lazaridis led BlackBerry to its peak of $215 (£134.6) a share in 2007, but then oversaw the company’s stagnation through 2010 and 2011 as it failed to respond to the growing threat from Apple’s iPhone. By the time of his departure its share price had plummeted to $15 a share.

Fregin was vice president of operations at BlackBerry until he retired in 2007.

BlackBerry came to an agreement with Fairfax Financial last month to take the struggling handset maker private for $4.7bn, a bid that values BlackBerry at $9 a share.

BlackBerry has another three weeks – while Fairfax performs due diligence on the deal – to consider rival bids and pay the $150m break fee if it wishes to pursue them.

Lazaridis was rumoured to be seeking partners to join him in a bid for the company last month after BlackBerry’s board announced in August that it was exploring strategic alternatives for the company that could include a sale.

Yesterday’s filing does not mean the co-founders have a concrete intent to acquire the company, only that they are considering a purchase at this stage.

Lazaridis and Fregin currently each control eight per cent of BlackBerry’s shares giving them combined holdings of 16 per cent of the company. Goldman Sachs and Centerview Partners have been brought in to help them weigh their options for a bid.

Technology giants Google, Cisco and SAP were all named as interested parties last week as BlackBerry moves further towards the 4 November deadline on the Fairfax offer.

A number of private equity firms have also shown interest in BlackBerry over the past weeks – including Cerberus Capital Management – and have reportedly asked the company and its advisers to provide additional financial details about its various business segments.

But interested bidders are thought to be proceeding with caution given the uncertainty around BlackBerry, which last month reported a quarterly loss of nearly $1bn after taking a writedown on unsold Z10 phones.