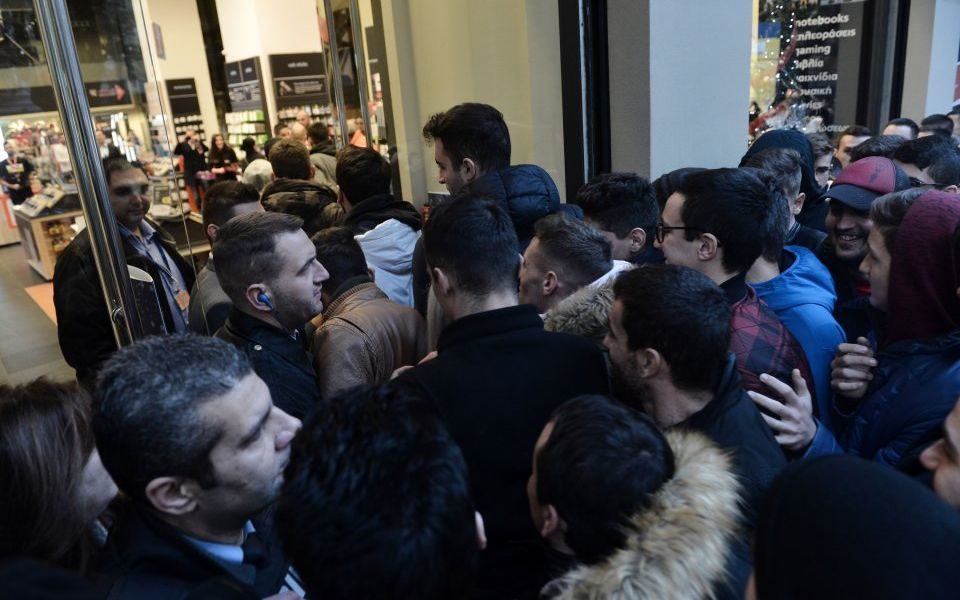 Black Friday footfall dipped this year while e-commerce sales soared, in a stark reminder of the perils facing high street retailers under threat from online rivals as the Christmas season approaches.

Retailers continued to roll out discounts to the public over the course of the weekend but the latest figures show that footfall this afternoon was 6.1 per cent lower when compared with the previous year, as Black Friday fatigue and a growing shift towards online shopping hindered a much-needed sales boost for Britain’s most beleaguered retailers.

Shopping centres were the worst hit sector over the last three days, with year-on-year footfall dropping 8.3 per cent on Friday, and slipping even further to 8.8 per cent by this afternoon, according to retail data firm Springboard.

While Britain’s high streets, retail parks and shopping centres painted a picture of decline, data from Loqate and GBG showed that online transactions on Black Friday soared 46 per cent.

The relatively quiet weekend will have disappointed many of the UK’s embattled high street retailers, desperate to claw back revenue after an autumn lull in sales that was blamed partly on prolonged summer weather.

“You’ve got retailers such as Mothercare that have not been trading well before Black Friday, who have now had to discount – and that’s the problem. The more they discount the more they lose margin, which limits their ability to innovate and re-invest into their own propositions. It's like a circle of decline,” Springboard market and insights director Diane Wehrle told City A.M.

According to Wehrle, the decline in footfall this weekend can largely be attributed to shopping fatigue around Black Friday: “We’re becoming discounting immune – we’re used to 20 per cent off all the time now so when it gets to Black Friday people feel they’ve already had it all.”

Mounting labour costs and stiffer competition from online rivals has made the Christmas trading period all-the-more critical for major department store chains such as Debenhams and House of Fraser, which have seen their share price tumble in the wake of falling profits this year.

US data also reinforced the dilemma facing bricks and mortar outlets, with preliminary figures showing a four to seven per cent drop in net sales at physical stores across the pond, despite a 23 per cent rise in online sales.