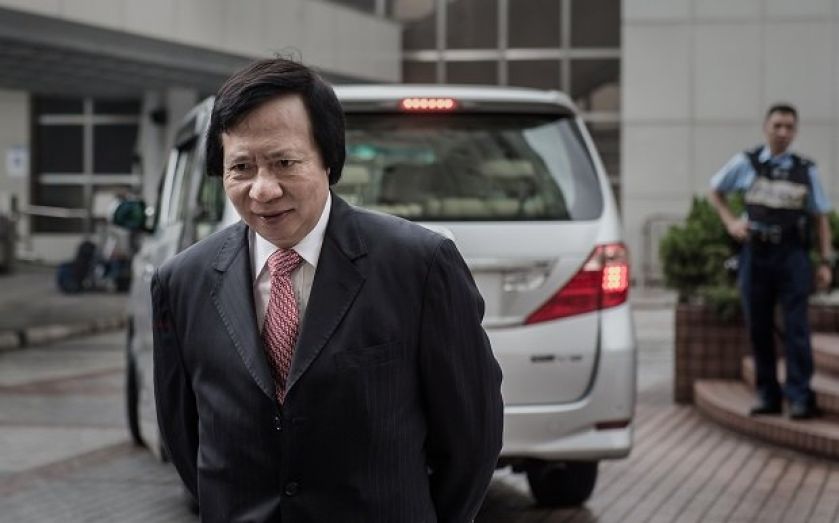 Hong Kong billionaire and property tycoon Thomas Kwok has been jailed for five years and fined £41,327 after being found guilty of corruption. Kwok, 63, has also been barred from taking a company directorship for five years.

Once the co-chairman of the city's largest developer and second-most valuable property company in the world, Sun Kung Kai Properties, a court ruled Kwok was guilty of bribing Hong Kong's former chief secretary Raphael Hui. The bribes reached $1.1m and were given for information on land sales.

High Court judge Andrew Macrae said today that sentencing is "particularly difficult when one is dealing with otherwise decent men who are not young, but who have committed serious offences".

However, the judge added that Hui was: "One of the instigators as well as beneficiaries."

Hui was recently sentenced to seven and a half years in prison after being convicted of five counts of public misconduct in office. Kwok had been in charge of Sun Kung Kai Properties along with his brother Raymond since 2011 but stepped down last week.

Raymond Kwok was found innocent of all four charges brought against him. The charges against the Kwoks were brought forward by the Independent Commission Against Corruption back in 2012. Kwok is appealing his conviction in what was the city's largest graft case to date.