In a matter of years, the city has opened up to a world of cuisine, and is now home to more street food vendors than you can shake a crab stick at. Take sushi shops: almost unheard of in London 20 years ago (many Brits grimaced at the thought of raw seafood back then), but nowadays, every other street boasts one.

The way food is served has also changed drastically, so that – through businesses like Deliveroo and Just Eat – we can have restaurant-quality dishes delivered to our doors.

But despite these big shifts, there’s one corner of the food industry that hasn’t really budged: the catering sector. Food dished up by corporate catering firms often leaves much to be desired (thoughts of sad-looking egg and cress sandwiches spring to mind).

And for companies that feed their staff in-house, running a canteen is becoming less viable, as more workers are choosing to eat at one of the far more exciting options elsewhere.

And so we get to City Pantry, a business that is shaking up corporate catering in London.

Stuart Sunderland, who founded City Pantry in 2013, tells me that around 30 per cent of employees in a building will currently use their internal catering service, compared to about 55 per cent five years ago.

“The food that is provided is there because people are thinking about margins, rather than what employees might actually want to eat,” he says.

It’s made harder by rapidly changing trends, not just in terms of the range of food on offer, but because consumers are more selective around things like plastic packaging and where their food is sourced, making it difficult for corporate canteens to keep up.

“We are now in this strange situation where our consumer palette is exploding and we have access to all this amazing food. But in the workplace, that hasn’t happened yet.”

City Pantry is changing that, removing the logistical nightmare for event organisers, who can now order the food entirely online, without having caterers on site. The business makes money by taking a 25 per cent cut from the order, with a delivery fee on top.

Employers also have more choice, and can pick and mix meals from the 450 suppliers, which include well-known chains like Leon, Itsu, Patty & Bun, Pieminister, Le Pain Quotidien, Coco Di Mama, and Chop’d.

“We have a really slick delivery network to make sure that everything arrives on time,” says the Scotland-born chief executive. “And we have tools for them to manage their orders.” 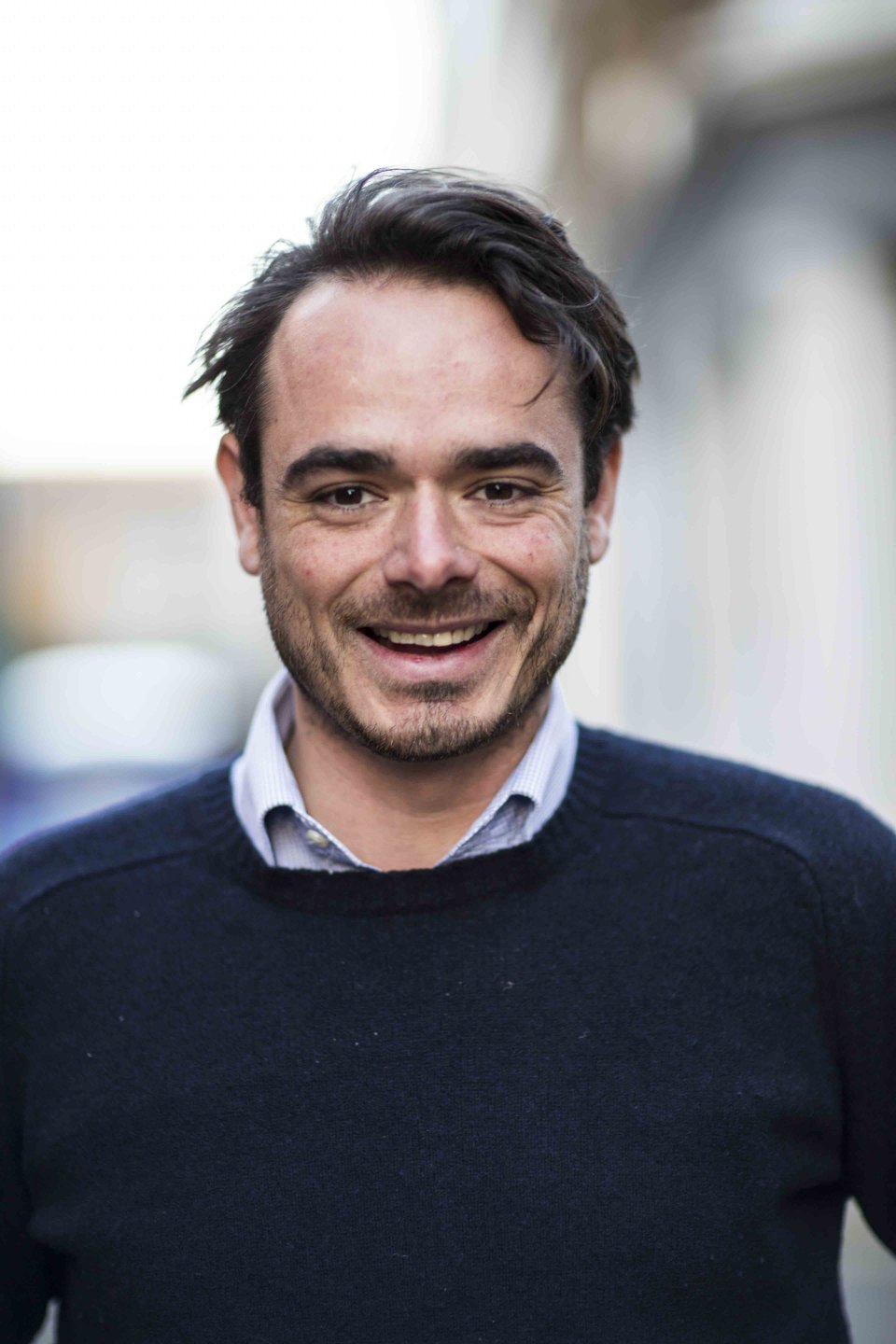 Part of the challenge is persuading some businesses to move away from their conventional mindset around catering. “We don’t need to convince people to eat more interesting food,” says Sunderland. “Instead the convincing is around whether the food is going to turn up, and admittedly, some businesses would rather call the caterer that they have a 10-year relationship with.”

It’s really a question of trust. But technology continues to prove that it can do the job reliably and efficiently.

Sunderland, who has four years’ experience as a trader, says that more businesses are willing to try out his service. City Pantry now feeds 20,000 people at 500 London companies, including big names like Google, Apple, Goldman Sachs, and Deloitte.

Sunderland laughs when he tells me that his first job on the trading floor was to order everyone’s lunch. “When you’re a trader, you’re at your desk from 6am to 6.30pm and you can’t leave, so it’s the most junior person’s job to take the orders.”

While his career as a trader saw him work in New York and Singapore, he came back to the UK to work on a property project in Scotland. He managed the finances and even got his hands dirty doing manual labour.

“It wasn’t a strategic business decision, it was more a reaction to wanting to build something, rather than just moving money around.”

But it wasn’t until he moved down to London in 2013 and set up a delivery service for street food vendors in Brixton Village that he started laying the foundations for what would become City Pantry. Sunderland tells me that the idea really clicked when businesses started asking him to deliver meals for team lunches.

Restaurants reap the benefits too, because City Pantry provides custom at a time when consumers have less disposable income, leaving many food and beverage businesses struggling to survive. “Restaurants get orders for hundreds of pounds, and it’s during the week when they would usually be quiet, so it really helps a lot of small businesses.”

Let’s be honest, most Londoners are guilty of some unhealthy eating habits during work hours – not just in terms of what we consume, but because few of us now step away from our desks to take an actual lunch break.

By providing another option, City Pantry encourages employees to eat meals socially, which is one way for businesses to boost morale and productivity among staff in the long run.

“We spend so much of our lives at work. And while our business is not massively changing the world, breakfast and lunch are important parts of the day,” says Sunderland, adding: “We like to think that we are revolutionising food at work.”

How many of us could turn our keyboards upside-down and make an entire sandwich out of the crumbs that fall out onto the desk? Perhaps City Pantry could get the workforce to take away some better eating habits.