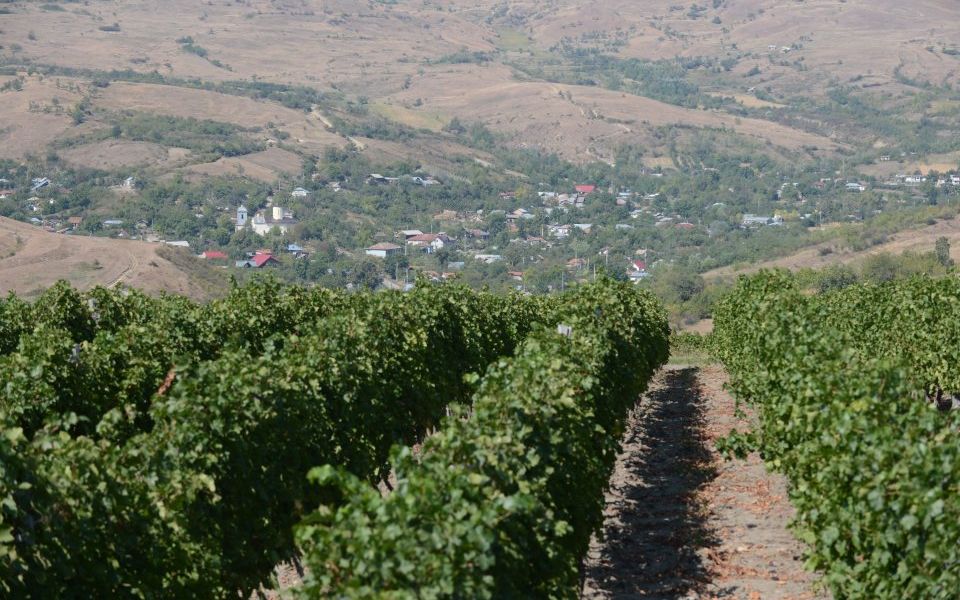 In the Prahova county of Romania, just outside Bucharest, there is a town called Urlati. From the verb “urla”, to howl, its name could be translated as Screamtown.

While there is some debate about how this came to be, one story goes that the townsfolk got so drunk all the time that you could hear their intoxicated shouts from the surrounding area.

It sounds unlikely, but when you arrive in the town it becomes a little more believable. The place itself is intoxicating, heavy with the fruits of the earth at every turn. Plums grow at the side of every road and the fields are teeming with wild herbs and overgrown brambles. In the kind of humid air that always threatens a thunderstorm, it smells delicious.

This was what Mihnea Vasilache wanted to bottle up when he looked into buying a vineyard here. Romania is not short of vineyards, thanks to the collectivist agriculture policies enforced under the former Communist regime. But the hangover from this period of high production for the common good has resulted in Western connoisseurs perceiving Romanian wine as mass-produced and inelegant.

“From the taste of the fruit to the taste in the bottle, there seemed to be a disconnect,” says Vasilache, an investor. “The wines all tasted the same and the reds were too oaked and too alcoholic.”

Dagon Clan is Vasilache’s answer to this problem. Part of a new generation of small producers in the country, he wants to show the wine world what Romania can produce.

It is a good time to do it. British drinkers in particular have developed a taste for Eastern European wines in the past couple of years, in part due to the price. You can get a decent bottle from Slovenia or Hungary for less than the equivalent French or Italian produce. With some worried Brexit could impact the cost of importing wine to the UK, good quality alternatives with a smaller price tag are looking more and more appealing.

Meanwhile millennials are driving an interest in artisan alcohol, as the craft beer boom and ginnaissance have both shown. This suits Dagon’s wines, which are fresh and complex – not what people typically associate with Dealu Mare, Romania’s southern wine region.

This is at least in part down to the influence of Mark Haisma, a winemaker with his own business in Burgundy. He came on board to advise the Dagon team after Vasilache introduced him to the area.

“My direction was to be making wines that were very focused, very energy-driven, reflecting what I saw as an amazing potential,” he explains. “I wanted to throw the rulebook out and not be fixed with a traditional sense of winemaking.”

The Dagon wines combine the region’s indigenous grapes Feteasca Alba and Feteasca Neagra with more well-known varieties. The white wine, made from the Alba and Sauvignon Blanc, recalls the wildflowers and herbs which surround the vineyard. The combination of Neagra and Pinot Noir in the red wine recalls the branches heavy with fruit around every corner. This is wine that expresses the patch of earth it came from.

The pinnacle is the first wine using only grapes from Dagon’s own estate: Sandridge. Made from vines grown in a sandy strip of land, this is a full-bodied red that packs a punch without fully smacking you in the face. Of course, none of this is much good if customers are averse to trying it. This is where Richard Ellison of Wanderlust Wines comes in. His wine club is taking on the challenge of getting lesser-known bottles into the hands of the UK’s adventurous drinkers.

His solution to this is a subscription “discovery” box, showcasing sustainable wines made by small producers. He also hosts tasting events which give new drinkers an idea of the story behind the wine. “People love it,” he says. “They go mad for it.”

As more enthusiasts venture into Romanian wine, more producers are emerging. EU funding has also been poured into the country’s agriculture.

“There’s been an explosion,” says Vasilache. “You wouldn’t recognise the Romanian wine scene now compared to what it was 10 years ago”. During my trip I sample more wines by producers like Gramma, 1000 de Chipuri and Crama Basilescu.

Each has its own distinct identity and taste, reflecting the diversity of this fascinating emerging market. Given the length of time needed to fully realise the full potential of a wine, it could be a transformation of which we have still only seen the first fruits.