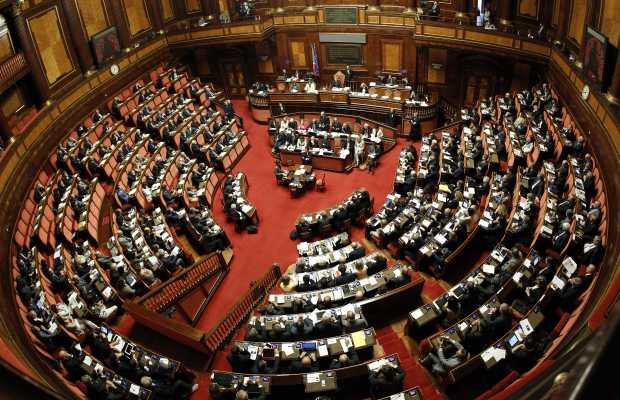 In a dramatic turn of events Silvio Berlusconi and his PDL party may back prime minister Letta in today's confidence vote. Letta's speech was well received both in the Senate chamber and in the markets as the Italian stock market reached a two year high at the end of Letta's speech.  Commentators are increasingly confident of a Letta victory.

Letta’s government looks to be on a far sounder footing following extensive behind-the-scenes discussions with its coalition partners.

The latest is that Letta's coalition will easily win the confidence vote courtesy of a full rebellion in Berlusconi's party, if sources mentioned by the press are reliable. This was priced into the market.

Strong words have been exchanged in the Italian Senate today one senator going so far as to say:

Berlusconi is a simple story of criminality.

If Letta receives the backing of the PdL his government will safely win the vote. If Berlusconi decides to back down and support the government it would be an extraordinary u-turn as it was Berlusconi himself who the instigator of the current crisis through withdrawing his party from the governing coalition and paving the way for fresh elections.

So far Berlusconi has not confirmed whether he will be voting with or against the government leaving him looking indecisive.