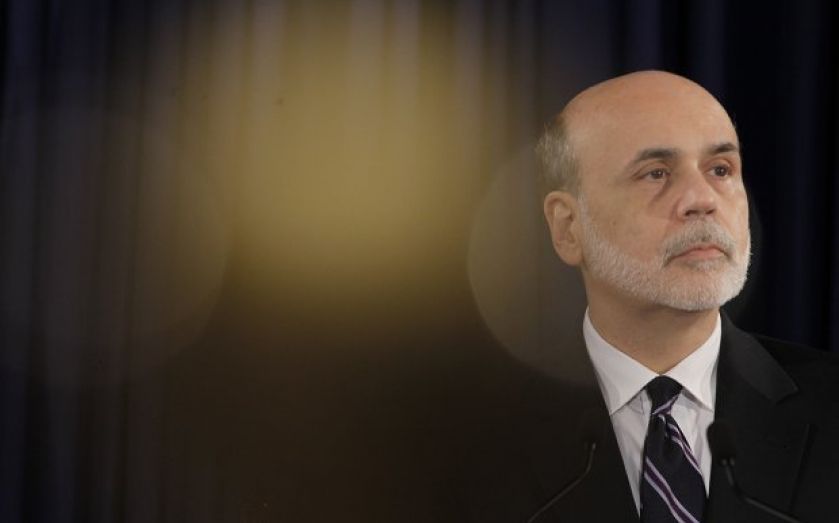 Janet Yellen is now the favourite to take over from Fed chairman Ben Bernanke once he leaves his post
MARKETS surged yesterday in the wake of surprise news that the Federal Reserve had rejected the long-anticipated tapering of QE in its meeting this month.
The Federal Open Market Committee (FOMC) insisted that the economic situation is not yet stable enough to trim quantitative easing from its current $85bn (£52.76bn) a month: “The committee decided to await more evidence that progress will be sustained before adjusting the pace of its purchases,” it said.
The Fed underlined its doubts over the strength of the economic recovery by also cutting its growth projections. It now expects two to 2.3 per cent growth this year, down 0.3 percentage points from its previous projection. It also expects unemployment to fall to 7.2 per cent this year, down just 0.1 percentage points from June’s forecast.
Fed chairman Ben Bernanke hinted at the looming political debate over the US debt ceiling as a major factor in the committee’s decision: “The extent of restrictive fiscal policies remains unclear, and upcoming fiscal debates may involve additional risks to financial markets and the broader economy.”
Societe Generale’s Sebastien Galy referred to a “mass bear squeeze” as investors reacted to the revelation. Both the S&P 500 and the Dow Jones hit record highs after the announcement, both closing just over one per cent higher. As news fed into currency markets, the dollar slumped, sending the pound soaring to $1.6121 – its highest level against the greenback since January. Yields on benchmark US 10-year bonds plunged, falling from just below 2.9 per cent earlier to 2.71 per cent. And gold surged to $1,364.7 per ounce.
The Fed noted “growing underlying strength in the broader economy”, but said that a cut in bond purchases would hinge on whether “information continues to support the committee’s expectation of ongoing improvement”.
Kully Samra, UK director of  Charles Schwab commented: “The economy’s a lot less fragile than it was, so while they say they’re waiting for more sustained signals, we think signals are there and have been for a long time.”
He added: “We should have been going down this route a long time ago. The risk is really now that they continue to blow up asset bubbles and the balance sheet grows so large that its hard to unwind.”
While confirming that the Fed’s view was that the economy had improved, and that there were now fewer negative risks, Bernanke added: “The unemployment rate remains well above acceptable levels… the tightening of financial conditions observed in recent months, if sustained, could slow the pace of improvement.”
Economists at Deutsche Bank, Aberdeen Asset Management and Capital Economics think the Fed will now wait until December before trimming bond purchases.
White House officials also confirmed last night that current Fed vice chair Janet Yellen is in pole position to be nominated as the next Fed chair.