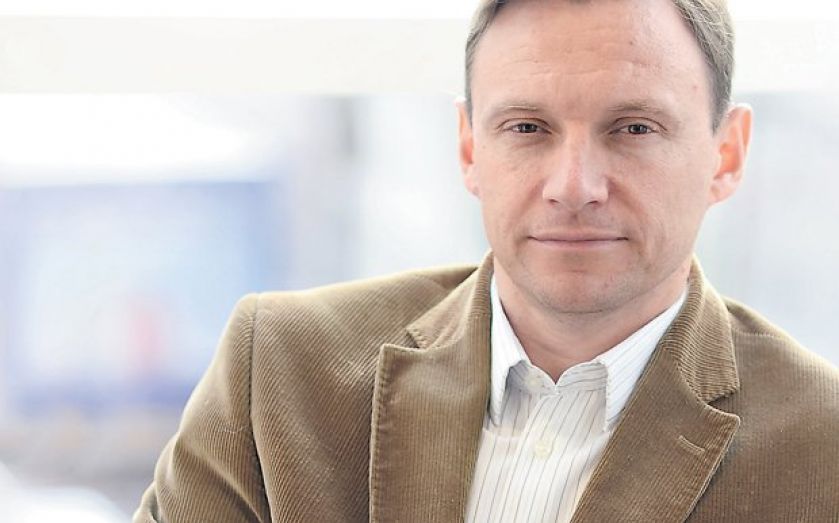 The movie business is known for taking no prisoners. And for those that do try their hand at it, success is often fleeting. But Zygi Kamasa, the UK chief executive of entertainment company Lionsgate, has proved that, by playing your cards right, passion can lead to success. Over the past two decades, he’s been involved in the investment, production and distribution of over 350 films. Recent hits include The Hurt Locker, Salmon Fishing in the Yemen and The Railway Man.
“I’ve always been an entrepreneur really,” he says. After leaving university in 1992, he set up a series of businesses, ranging from small IT firms to an importing company. But he couldn’t shake an enduring passion for film. “I was always trying to find a way to learn about the film industry – what made it work and how you make money.” He founded Scorpio Productions, based at Pinewood Studios, in 1993. And in 1995, he made his first movie. In an innovative bid to keep it “ultra-low budget,” he crowdfunded it. “We offered investors the chance of a walk-on part. We got Simon Callow, Lynda Bellingham… we also had loads of pensioners coming along for a laugh. They paid £1,500 and we gave them an EIS tax break.”
Kamasa raised £400,000 to make the movie – one of three he made over the following two years. He stresses that the best way for anyone to learn about the industry is to simply “go and make a film,” and it was that process which showed him what he really valued. “Making the movie is just where it starts. Then you’ve got to get it out there – market it, sell it. It was the distribution side that interested me most. If you’re a distributor, you’re a portfolio manager. You invest in other people’s work, and if you’ve got good taste, you’ll hopefully have some hits.” It was with this mindset that, in 1997, with like-minded banker Simon Franks, Kamasa set up Redbus Film Distribution. “Simon was working at JP Morgan. He understood what kind of business we could build, and brought several million out of the City to do so.”

NAME OF THE GAME

Building its portfolio, Redbus extended its string of successes. Bend It Like Beckham in 2001, for example, was  “meant to be a tiny, fun film for the Indian community, then it became a blockbuster.” But continuing success in the film industry often means selling out. “You just need a backer. It’s so cashflow intensive. You put a huge amount in upfront. The wait before you know how much you’ll get back can be two years,” says Kamasa. So in 2005, in the footsteps of Working Title, which is 100 per cent owned by Universal Studios, and Harvey Weinstein’s Miramax, which was acquired by Disney, Redbus was bought by Lionsgate. The move worked well for Franks, who wanted to sell and pursue other business opportunities (he now runs Redbus Media Group). And for Kamasa, his passion for the film process overrode his desire to work for himself. “This business is very creative. They wanted me to run the UK business, and I’ve always retained an enormous amount of autonomy. Crucially, it allowed me to take the business to the next level.”

While many entrepreneurs struggle to be operators as well as creators, Kamasa has thrived as a businessman-come-film aficionado. He has been working with his head of acquisition since 1999 and, between the two of them, they choose everything that Lionsgate UK takes on. He explains that it’s a process that often requires expertise that verges on clairvoyance. “You’re constantly adjusting your decisions for two years’ time, when people will actually be watching the film. It’s impossible to know whether an actor will still be popular, what sorts of things people will be watching and how they’ll be watching them.” It’s a market that changes “incredibly quickly”: the proliferation of video on demand and cinematic TVs means you need to work hard to “convince a consumer to get off the sofa.” And now more than ever, he says, films need to “have spectacle, but also be original and daring.” The successful Locke, a thriller starring Tom Hardy, which follows a man’s car journey from Birmingham to Croydon, is a good example. “We like to take risks, and it was a gamble. But it paid off, and the return on investment was enormous.”
Inevitably, there are films Kamasa regrets not working on – Lionsgate passed on 12 Years A Slave and The Wolf Of Wall Street. The former was “dark and heavy,” and the latter had a script that was “just huge”. But Kamasa is a great believer that “failures are learning curves. Of course experience makes a difference, but there are always going to be things that are different – and turn out differently – each time.”

With London Film Festival starting on 8 October, Kamasa has plenty of reason to be excited about the eight British films he’s currently funding. “It’s the start of the buzz – a launch platform for us and a chance for the audience to start getting excited.” A Little Chaos, starring Kate Winslet and Alan Rickman, is due for release in March.
Kamasa is adamant that British film is in its heyday – last month, Lionsgate moved its global sales operations from California to the UK. “Our production market is booming. The appetite overseas for UK TV shows is very strong – they travel really well.” And when I ask him if there’s an actor he’d like to single out, he chooses someone known for his loyalty to British film – Colin Firth. “He’s an articulate and intelligent man, and a great actor. In post-production [of The Railway Man], he came along and saw the cut, giving notes and comments. After The King’s Speech, he could have done anything, but he went for a British film. That’s really telling, and it should be admired. I’d love to work with him again.”
Would he ever consider another industry? “Er, TV?” he quips. “No. I love film so much – there’s nothing else for me.”