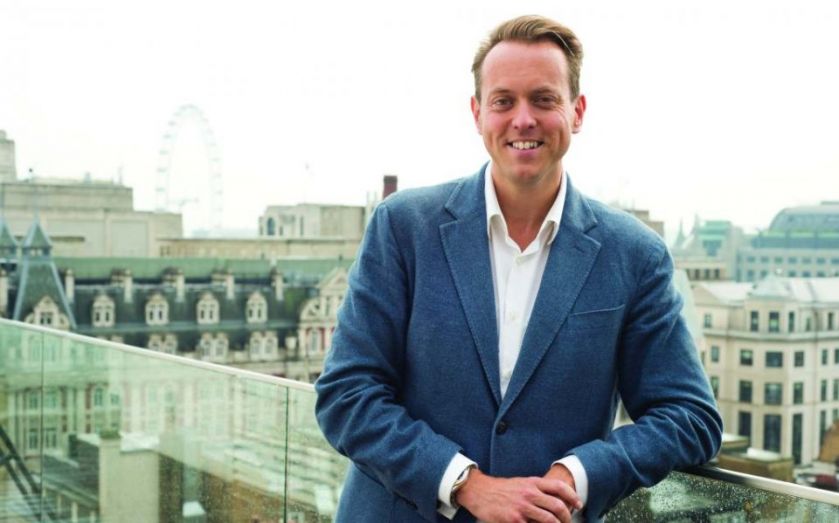 A week today, Ross Williams will be a married man. “Oh, I’m not stressed, nervous, anxious, oh no,” he laughs. But Williams shouldn’t worry – after all, he’s got a wife and mother-in-law-to-be who are “absolutely fantastic” organisers, and his relationship was founded on a very firm footing: he and his fiancée met on an online dating site.
Back in 2003, Williams founded Global Personals with business partner Steve Pammenter. The pair were working in the same building and their “eyes met over the coffee machine”. Williams says he could never be without chief operating officer Pammenter: together, they developed the concept for “White Label Dating”, providing software, customer care, payment solutions and administration tools for dating sites.
This year, Global Personals rebranded and became Venntro. White Label now services over 25,000 businesses and media organisations which offer dating sites, and it has several of its own sites. JustSingles.com caters for specific desires, like Just Blonde Singles, while Dating Republic targets young London professionals. There’s Love2Meet, and several apps: Smooch, Revealr and Jiko.

But Venntro isn’t Williams’s first business. While embarking on a degree back in 1997, he started building websites “just to make some money”. And in fact, five years earlier, aged 13, he was already selling magazines to fellow pupils at school. He admits that the success of his then firm Rawnet (Ross Alex Williams Net) came with an element of luck – it was the internet in the late 90s – but he isn’t someone who just sits back and let’s things happen. The mindset of putting in to get something out is even evident in his attitude toward reticent daters: “people complain that subscriptions to sites cost £30. But they’re saying that with a £3 latte in their hand; and what’s wrong with paying £1 a day to find someone you could spend the rest of your life with?” Endearingly, an impressive 75 per cent of Venntro’s board are in Venntro-enabled relationships.
To Williams, entrepreneurialism is a “nature/nurture thing – not one or the other”. He trained with the RAF as a student, but the devastation of 9/11 pushed him towards the internet. And he grew up in a very hard-working household: his dad was a sales director at an IT firm, and his mum worked full-time to ensure he could go to a fee-paying school. “Growing up, what I didn’t have was fear. I didn’t see a problem with building a company… now, I’m entirely unemployable.”

KEEPING UP WITH THE TIMES

That’s probably not true, but Williams has devoted his adult life to his firm. He owns 72.5 per cent of the business, while Pammenter owns 22.5 per cent and a third shareholder has the other five. “That’s great, because I can say what I want and do what I want. It means we can set our own agenda and culture.” Company culture is something Williams has been working on over the past year. “Because we’ve grown so fast, we have struggled with maintaining our culture. I’ve spent the last year really focusing on our staff.” Between 2007 and 2011, Venntro’s turnover rocketed from £3m to £30m. Venntro and competitors Match.com and E-Harmony currently hold around 90 per cent of the dating market.
And it’s showing little sign of slowing down. During the course of our chat, 1,000 people sign up to Venntro sites. Williams will quickly tell you that the future of dating is mobile – hence his focus on apps. And increasingly, the firm’s London offering integrates events and experiences: “if you’ve just moved to London for career progression, for example, you’re not necessarily looking to get married, so we’ve got to create something new and exciting. We need to provide a range of products.” One of Williams’s favourite sites is dateginger.co.uk. “We had a partner who was a genuine ginger and wanted to create something to secure the future of the ginger gene. There are so many different niches.” He continues to course through various markets. Australians in the North Territory are rich, he says. “I suppose there’s not a lot going on up there, but they are quite happy to spend £50 a month on a subscription.”

Recently, Williams’s focus has been on acquisitions. “There’s a huge amount of consolidation in the industry. Lots of people don’t know it, but Tinder is actually owned by Match.com.” Venntro has now taken over a couple of firms, but Williams wants to go further. In June, Venntro Ventures was born. “It’s an incubator, really,” he explains. “We want to invest in startups that want to scale, and that have a digital product which will improve people’s lives.” It sounds slightly nebulous, but Williams knows what he’s after. He’s already eyed up some early stage businesses and is hoping that, by the end of the year, he can announce the ventures: “we’ll buy between 25 and 40 per cent, and give them access to our expertise and, crucially, our market”.
Alongside this, Williams is on the hunt for investment himself, to help Venntro scale even further. And he’s also spending time on the Venntro Foundation, the giving arm of the firm. Like an increasing number of business owners, giving locally is important to him. Today, Venntro is announcing that it’ll be donating 1 per cent of profits to three charities based near its UK offices (that’s £10,532 each). One of them is homeless charity The Connection at St Martin-in-the-Fields. “It’s one thing us buying some croissants in the morning for the guys sleeping outside, but it’s nowhere near enough.”
While you get the impression that, for Williams, most things are “not enough”, he is looking forward to making a bit of time for himself: enjoying married life, and being able to “kick back and relax”. One of the main secrets to building the business has been to “find people who are better than me. My job is to make myself redundant. If we went public, I’d just be an employee. Being a business owner is like being a parent. Your ultimate job is making sure your children don’t need you. That’s what I’m doing with Venntro.”
Fancy a date? Venntro is offering City A.M. readers a 50 per cent discount on a one-month package on JustSingles.com. Offer code “CITYAM”

Company name: Venntro Media Group
Founded: 2003
Turnover: £42.1m last year
Number of staff: 160
Job title: Chief executive
Age: 37
Born: Ascot
Lives: Islington
Studied: Psychology & French at Plymouth University
Drinking: Gin & tonic, preferably Tanqueray 10. Or a glass of local Rosé when I’m at my house in Provence – I can see the grapes growing from my window
Eating: The competition. Generally followed by fillet steak, bearnaise sauce and truffle fries
Currently reading: Property investment for dummies, by Melanie Bien
Favourite Business Book: How Google Works, by Eric Schmidt & Jonathan Rosenberg
Talents: Organist, pianist, flying, Francophile.
Heroes: My parents, my fiancée, and Peter Jones
First ambition: To be an RAF pilot
Motto: “Turnover is vanity, profit is sanity, cash is reality” and “The harder one works, the luckier one gets”
Most likely to say: If we have data, let’s look at data. If all we have are opinions, let’s go with mine
Least likely to say: It can’t be done
Awards: Crowned a “Young Gun” by Growing Business, an EY Entrepreneur of the Year award winner, IoD’s Young Director of the Year for London and South East, Great British Entrepreneur
Share
Tags: NULL