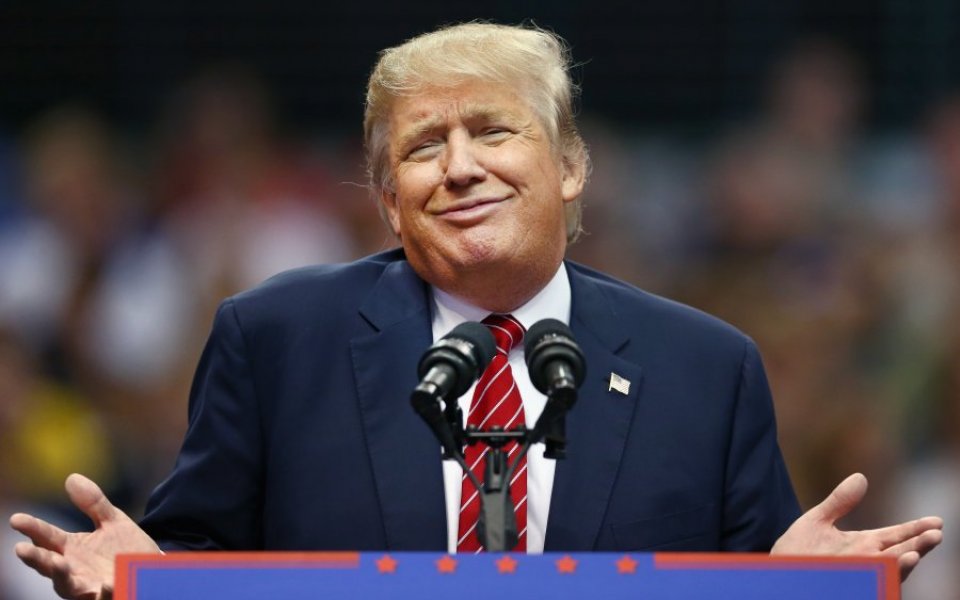 Back in 2012 a right-wing social conservative named Rick Santorum was seeking the Republican nomination for US President. He didn’t get it.

His legacy, however, is that his name has (in some circles, at least) come to mean something quite specific.

As a backlash to his views on homosexuality, an internet campaign was launched to find a new definition for the word “Santorum.” A particularly creative winner was identified, and still ranks among the top Google results for a search of the politician’s name. You can find it for yourself, though we suggest not doing so over breakfast.

His surname is a word that has a number of connotations, one of which is already a perfectly accurate description for the rhetoric that spills forth from this man.

In a campaign seemingly based on causing offence and being outrageous, the businessman-turned-wannabe-politician has reached a new high. Or low.

In response to the murder of 14 Californians by shooters with sympathies for radical Islam, Trump has called for a ban on Muslims entering America. All Muslims. Even Muslim-Americans who happen to be working abroad.

As Labour’s London Mayoral candidate Sadiq Khan put it:“As a potential future Mayor of London, I want to be able to visit and talk to other mayors in America and learn from what they’re doing. If Trump has his way, I’d be stopped at US customs and turned back.”

Khan’s Conservative rival, Zac Goldsmith, has also responded: “I think Donald Trump is an appalling creature, and I just pray that when America gets off this fun fair ride that they’re on at the moment, they recognise that Trump is one of the most malignant figures in modern politics.”

In response to the absurd notion, put forward by Trump, that London has such a problem with radical Islam that there are some parts of the city where police officers “fear for their lives”, Boris Johnson has said that “the only reason I wouldn’t go to some parts of New York is the real risk of meeting Donald Trump”.

We are more fortunate than we realise to enjoy a political system that wouldn’t allow a Trump within a hair’s breadth of elected office.