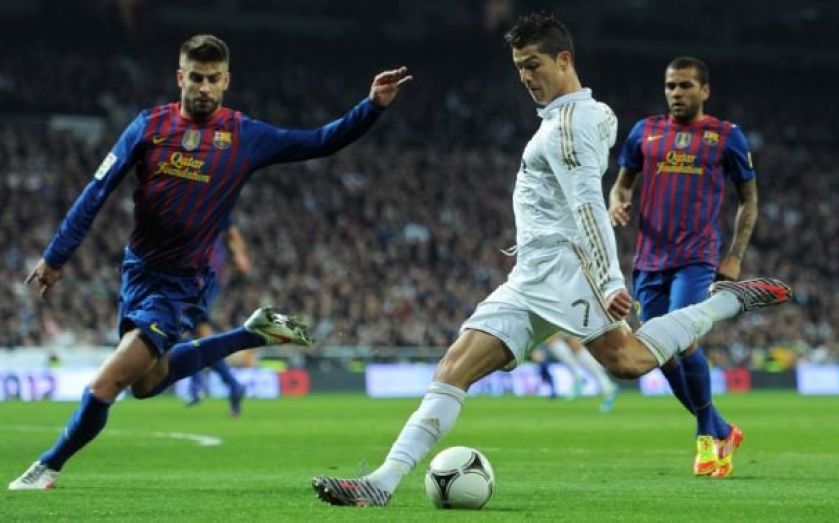 Football clubs in the Spanish top flight are nearing an agreement to sell TV rights collectively, reports suggest.
Barcelona president Josep Maria Bartomeu told the Times that he expects to see a new deal come into place from the start of the 2016-17 season, and hopes it will see La Liga emulate the competitive nature of the Barclays Premier League.
La Liga has traditionally been dominated by Barcelona and Real Madrid, who have won the league every year from 2005 to 2013, before Atletico Madrid broke the duopoly for the first time in nine years last season.
Unlike other top European leagues such as Serie A and the Premier League, which sell TV rights collectively, La Liga clubs are left to negotiate their own slice of the pie meaning Barcelona and Real Madrid have earned huge sums that dwarf those of their competitors.
While both clubs have been able to splash out on record-breaking transfer fees for players such as Neymar and Gareth Bale, a number of smaller sides in La Liga have been rocked with financial difficulties in recent years.
Valencia are currently in the process of restructuring their massive €320m debt to Bankia, while Deportivo de La Coruna – Champions League semi-finalists a decade ago – filed for bankruptcy last year.
It now appears that even Barcelona recognise the long-term benefits of more equal distribution system.
Bartomeu told the Times:

Barcelona and Madrid sell [their rights] individually and we negotiate with a lot of success. That helps us to have as many of the best players in the world as possible. But we know the problem: the Premier League is very competitive. You never know who will win. In Spain, between 2004 and 2014 it has been just Barcelona and Madrid, mainly Barcelona.