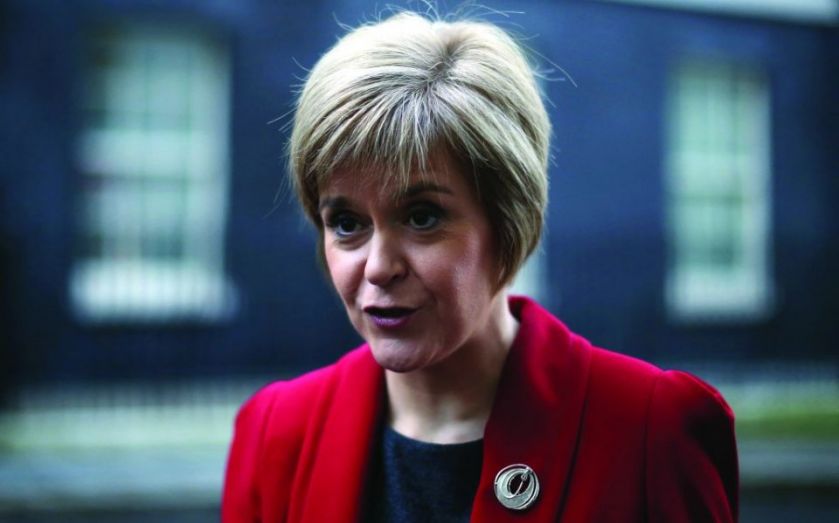 Britain's high street banks are dusting off their contingency plans for Scottish independence, City A.M. understands, as the prospect of a coalition government including the Scottish Nationalists raises the chance of another referendum.

Although the plan for Scotland to leave the UK was defeated in a vote in September, growing support for the SNP means the party could form part of a coalition.
This week Deutsche Bank analysis predicted that the most likely outcome of May’s vote would be a Labour-SNP coalition.
In such a case, SNP leader Nicola Sturgeon is expected to push for both more devolution and for another vote on independence.
Although any referendum would take several years to plan, several major banks have begun to consider the prospect.
“Our team is taking another look at the contingency plans,” said an insider at one high street bank. “The focus would be a publicity campaign, we would need to reassure depositors they are still guaranteed.”
If Scotland’s voters did choose to go independent, the process of leaving the UK would still take several years.
Despite the time gap, some banks did receive queries ahead of September’s vote asking how they could transfer their accounts to English branches.
As a result, the banks are keen to make sure they are ready to stop any worries over independence becoming an unnecessary panic about the safety of accounts.
“The idea that the referendum put an end to this question for a generation, that there wont be another vote for 20 years, is nonsense,” said an insider at another bank.