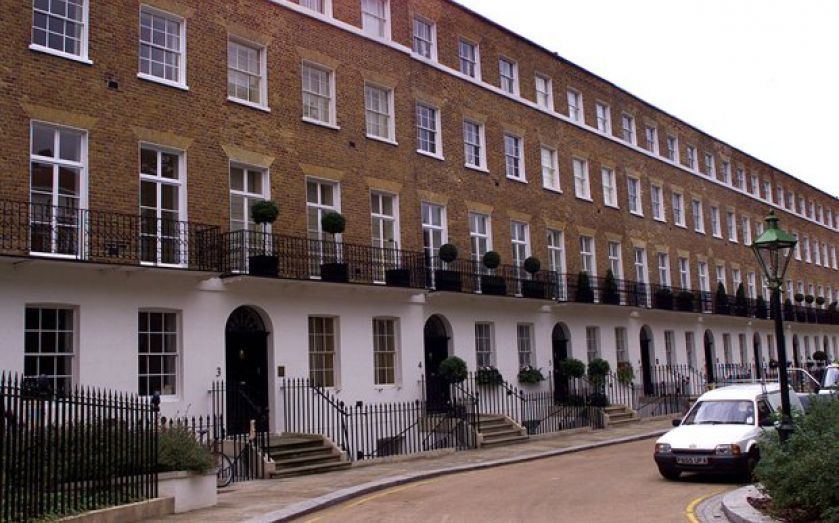 LONDON’S booming property market is already starting to look like a bubble, while many other parts of the country are still seeing subdued activity since the financial crisis.
London’s house price-to-income ratio is back at peak levels, bucking the trend of other regions, where it has fallen back since 2007, according to today’s report from EY’s Item Club.
In just four years time, EY projects that the average price of a house in London will climb to an eye-watering £600,000, three-and-a-half times as high as the typical price in Northern Ireland.

ONS data shows house price growth in the capital in the year to November 2013 was 11.6 per cent, far above the UK average of 5.4 per cent.
“House prices across most of the country remain well below their pre-crisis peaks and there seems little danger of a bubble developing. But London, which is suffering from a combination of strong demand and a lack of supply, is increasingly giving us cause for concern,” said Item Club senior economic adviser Andrew Goodwin.
The researchers added that while the Bank of England’s financial policy committee may withdraw the controversial Help to Buy scheme from the capital, this move would likely make little difference, since surging prices are being driven upwards by a lack of supply.
Goodwin added: “The government should be doing more to resolve rigidities in the planning system, with a particular focus on ways to increase supply in and around the London area.”
Hometrack’s latest house price index, which was also released this morning, shows the huge level of demand for housing in the capital. Last month, 98 per cent of houses on the London market reached their asking price, an even higher proportion than at the height of the last property boom in 2007.
The average London house also stays on the market for only 2.7 weeks, slashed by more than half since the beginning of 2013. Across the UK, the average home is up for sale for three times as long.
Share
Tags: NULL