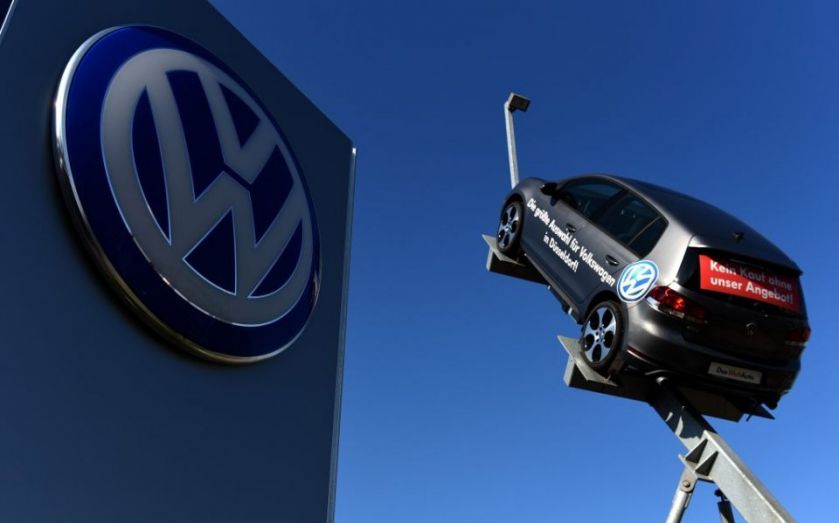 Shares in car companies have plunged since Volkswagen admitted cheating in emissions tests on its diesel cars.

One expert says the situation has parallels with BP in 2010, when the worst oil disaster in US history left the company’s shares virtually untouchable.

Will this storm blow over, or has the death knell been sounded for auto makers?

It emerged last week that Volkswagen dodged eco-regulations by fitting 11m cars with “defeat device” software. Details are unclear, but it appears the software could detect when cars were undergoing testing by sensing speed, air pressure and the steering wheel’s position.

The device would limit the engine emissions while testing and put them back up when it detected testing was over.

It meant Volkswagen was able to put cars on the road which reportedly had pollutants 40 times higher than US regulations allowed – at a time when the company was trying to boost sales in the States.

Now UK cars are believed to have been affected too, and a law firm is seeking compensation for customers. Volkswagen is under investigation by German prosecutors, and company chief executive Martin Winterkorn and has resigned over the scandal.

Volkswagen shares are now down 35 per cent since the saga emerged. Investors have been dumping the shares because the company is almost certainly going to have to pay out huge fines. “We've totally screwed up,” said Volkswagen America boss Michael Horn, as the company began recalling cars.

US regulator the Environmental Protection Agency can fine up to $18bn for the 500,000 cars it has already recalled. Although the situation has focused on the US, regulators in several European countries are looking at the company too, and there is likely to be a series of fines and possible legal action.

Volkswagen has set aside €6.5bn to cover liabilities, but most experts say this is nowhere near enough. “The numbers could bankrupt the firm,” says Mark Holman of TwentyFour Asset Management. This situation is akin to that faced by BP over the Deepwater Horizon oil spill, he says. BP was left virtually uninvestable for some time after the spill, as it faced fines and lawsuits.

“Our opinion is that the news flow has only just begun and there is a lot more to follow on this story,” he says. “There are likely to be lawsuits, criminal actions, board level firings, rating agency downgrades, stock price revisions, maybe even selling restrictions on the company, and brand damage.”

Although no other car companies are implicated in the scandal, shares have fallen across the sector. They had already slumped this summer because of worries about China and its slowing economy – if the Chinese tighten their purse strings, car sales will be lower. Renault-Nissan is down 19 per cent in the last two weeks, while Ford Motor Co and Rolls-Royce have both fallen nearly 9 per cent.

WHICH FUNDS WERE INVESTED?

Many European fund managers had been fond of car companies in the last few years. With the Eurozone and US economies recovering, car sales were rising. Managers bought shares in the likes of Volkswagen, Renault, BMW and Rolls Royce because of this.

All of these had between 2 and 4 per cent invested in Volkswagen shares as of 21 September, according to research from FE Trustnet. This is by no means an exhaustive list. Many investment funds focused on Europe or the consumption theme, and even global funds, will have car manufacturers among their holdings.

HOW MUCH DOES IT MATTER?

At the moment, savers with money invested in funds with exposure have no need to panic. There’s no doubt Volkswagen is in a pickle, and only time will tell how bad the situation is, and whether other car firms are implicated.

“Until the dust settles on this scandal and we know where the various tentacles reach, you would be wise to wait and see,” says Tom Becket of Psigma Investment Management.

However, it is important to remember that a 2 or 4 per cent holding is a comparatively small investment in a fund which may have dozens, or even a hundred, other companies in the portfolio.

Short-term price falls in one or even two stocks tend not to have too much of an impact. Moreover, fund managers will sell out of stocks they think are likely to fall further, to limit their losses.

Many will be seeking assurances from car firms that they have acted ethically. “We are in contact with Volkswagen and other car manufacturers and are intensifying our engagements in the light of the emissions scandal,” says Hans-Christoph Hirt of Hermes EOS.

He says Hermes’ fund managers will be at Volkswagen’s upcoming annual general meeting to give the management a grilling over the saga.

Provided the emissions scandal remains confined to Volkswagen, there are reasons to be positive on the outlook for other firms. “Car sales are solid in the US and consumption will lead the recovery in Europe,” Becket says.