An appetite for business: Deliveroo doubles down on corporate eating 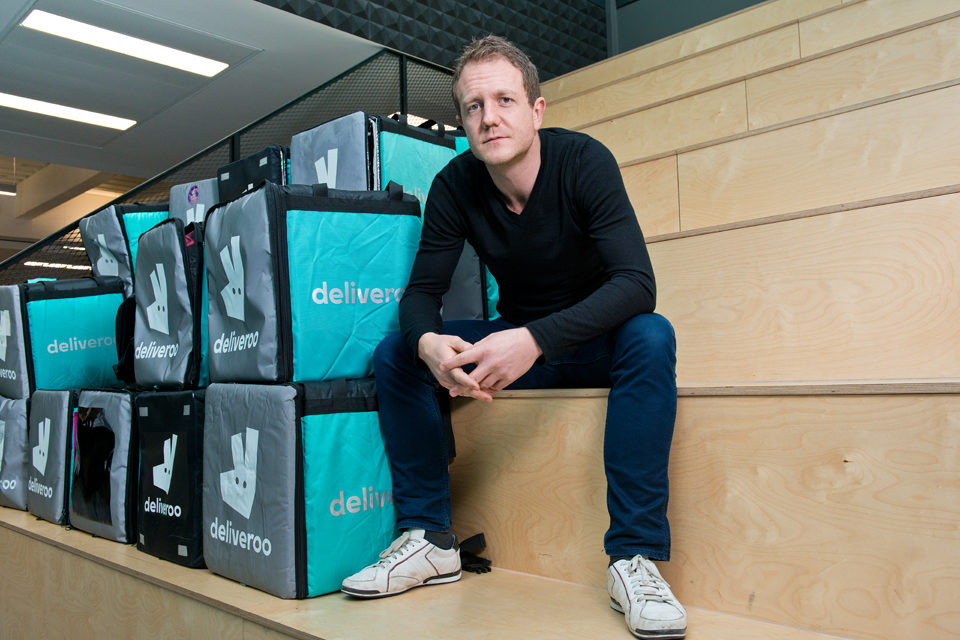 Late night dinners around the boardroom table have become something of a staple in modern City life, particularly for those working in demanding sectors.

Food delivery startup Deliveroo is readying itself to take full advantage of that, with plans to double staff numbers in its business teams to 200 globally by the end of this year.

Read more: Losses take a bite out of Deliveroo buzz but revenue soars

Founded in the summer of 2015, Deliveroo for Business has quickly become a solid revenue-generator for the loss-making company.

“It’s essentially our product for corporations, big and small,” Deliveroo’s UK managing director Dan Warne tells City A.M.. “We have a whole host of different types of businesses that use it.”

Companies such as Facebook, which has several thousand London-based employees, Expedia and global law firm White & Case are among its clients. Businesses can use the platform either to issue app credits to their employees, which can then be put towards late-night meals without the need to expense a receipt, or to order large spreads of catered food for breakfast meetings.

“It’s expanded exponentially for us over the last few years,” says Warne. “We wouldn’t be doubling the size of the team if we didn’t see this as a major priority for the company.”

He adds: “We have more than 10,000 businesses on the platform today, and we’re going to continue to grow that because we see a lot of appetite in that product.”

London has been one of Deliveroo for Business’ most successful markets so far, though the likes of Hong Kong and Dublin are catching up fast.

Data garnered from the product has shown Deliveroo often feeds the City’s corporate masses three times a day, with orders for breakfast, lunch and dinner being quite common for some users.

Specifically, lawyers prefer to order customisable salads, and make the most amendments to their orders than any other profession. The financial sector loves classic options such as sandwiches and wraps, while the UK’s tech sector chooses Japanese food over all other cuisines.

“The huge amount of law firms that there are in the area here, they’re often working cases so they’re in the office very late or very early, the credits system works extremely well for them,” explains Warne.

“Expanding a little further beyond the City with businesses like large media agencies that have large volumes of clients, our catering platform tends to serve that type of customer very well.”

However while the startup has achieved profitability in London, the same cannot be said for many of its other geographies worldwide. And yet in some ways, money does not appear to be an issue for the company.

Deliveroo is nearing almost $1bn (£766m) in equity funding to date, with investors such as Fidelity, Index Ventures and Accel leading the pack. It last raised a staggering $482m in 2017, at a pre-money valuation of $1.6bn.

Looking around Deliveroo’s offices, it’s obvious why the company has managed to attract such financial support. Now spread across several floors over the top of Cannon Street station, Deliveroo’s London base plays host to a centre court-style meeting area, desks for more than 1,000 employees and 27 meeting rooms named after types of food (I met Warne in ‘Jalapeno’).

Warne would not comment on whether another raise, or perhaps even an initial public offering, was on the horizon. However a renewed focus on generating cash via a money-making product suggests the business is gearing up for its next pitch, and this time, it’s going to be bigger than ever.