Another chapter ends in the surreal adventures of Julian Assange 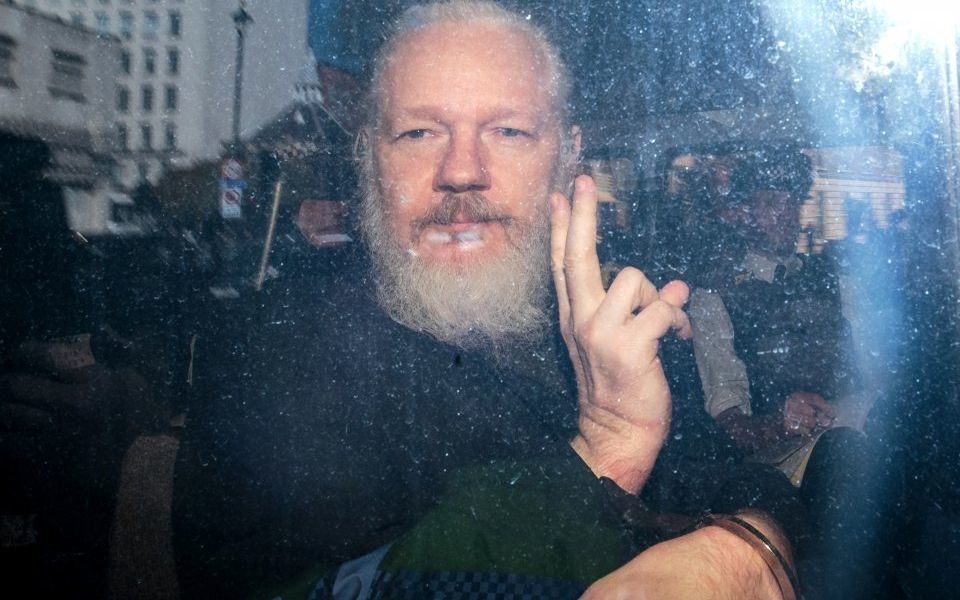 It is false and defamatory to suggest that Julian Assange lives, or has ever lived, in a basement, cupboard, or under the stairs.

The same applies to suggesting that the Wikileaks co-founder filed a lawsuit against Ecuador over laundry, used a skateboard in the Ecuadorian embassy, or failed to look after his cat.

And so, as advised by an email from the whistle-blowing site that went out to journalists in January with a list of 140 suggestions which it is false and defamatory to make, I won’t. Instead, I’ll stick to the facts.

Over the years, Wikileaks published millions of leaked documents, many of them classified by governments across the world. Assange’s work earned him both condemnation and fanatical acclaim – he was accused of being a terrorist, and heralded as a hero.

He became the focus of conspiracy theories, including that the US was seeking to have him extradited so he could be tried and executed.

All this meant that, when Assange was accused of rape in Sweden in 2010, things got complicated. He was in the UK when an extradition warrant was issued, and appealed multiple times. While on bail, he walked into the Ecuadorian embassy in London in June 2012, and claimed asylum.

He remained there in a small room until yesterday, when the Ecuadorian embassy finally withdrew asylum, allowing the Metropolitan police to arrest him for skipping bail.

Assange’s relationship with his Ecuadorian hosts had grown somewhat fraught over the years. Reports surfaced of Ecuadorian officials spying on Assange and his high-profile visitors, which appears to have been matched by hacking and surveillance in retaliation. His internet access was shut off, then restored as long as he promised not to use it for political interference, after Wikileaks was accused of helping Russia to meddle in the 2016 US election by publishing Hillary Clinton’s hacked emails.

An election in 2017 resulted in a new Ecuadorian President, who took a tougher stance on this inconvenient London-based house guest.

The embassy issued a bizarre set of new rules, placing restrictions on Assange’s visitors, and emphatically requiring him to “conserve the cleanliness and hygiene of the bathroom” and take responsibility for the wellbeing of his pet.

And so we return to the email from Wikileaks warning journalists about what they are allowed to say about Assange, his cupboard, and his cat.

If the situation seems utterly bizarre, it’s because it is. The footage this week of the bearded, unkempt Assange being dragged from the embassy mid-rant is the stuff of political satire – and a far cry from the 2013 thriller in which he is played by a dashing Benedict Cumberbatch.

The ongoing saga has been punctuated by summits of surrealism, such as the UN declaring that Assange’s “detention” (which was voluntary) violated his human rights, and revelations that watching the embassy round the clock had cost the Metropolitan police £10m by 2015.

There’s the irony of a transparency crusader turning to Ecuador (that bastion of free speech), and of a site founded on principles of journalistic freedom decreeing what reporters can and cannot write.

And, while the Swedish allegations have been dropped thanks to the passage of time, Assange has now been charged by the US with “computer-related offences”, and faces extradition there.

There are those who believe that Assange’s actions put the lives of military personnel at risk, that he helped Donald Trump steal an election, that the rape accusations were a set-up, that the Swedish allegations were real but the American ones are fabricated or vice versa, that he is a hero who uncovered the scandal of the century, that Ecuador has violated international law by revoking his asylum, and that he is a very odd individual with an inflated sense of self-importance, although that isn’t a crime.

Justice is hard to define in this case. It is highly unlikely that the tale of Julian Assange will be resolved in a way that satisfies anyone – it is just too convoluted. The only thing we can be sure of is that a man who broke the terms of his bail will now be held to account.

Oh, and that he definitely didn’t live in a cupboard.