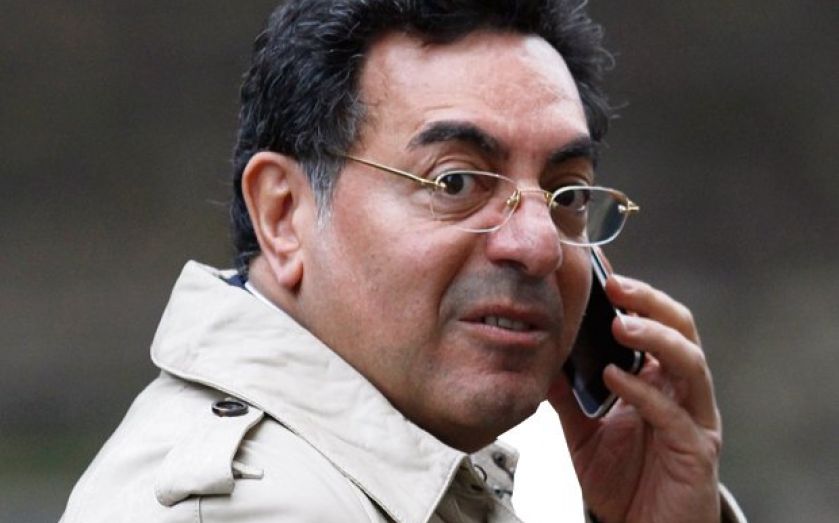 Samir Brikho, chief executive of the FTSE 100-listed company, described the acquisition as “transformational” for Amec, enhancing its position in the downstream energy sector and in developing markets such as Latin America.

Amec said the deal would be double-digit earnings accretive in the first twelve months and provide annual cost synergies of at least $75m, a “big chunk” of which chief financial officer Ian McHoul admitted would come from “reducing headcount”.

The provisional offer leaves Foster Wheeler open to rival bids, although it has agreed not to solicit alternative offers until 22 February. Amec is looking to finalise the acquisition before this date. Brikho would head up the enlarged company.

Amec will need around £1bn of new debt financing to fund the acquisition if it goes ahead, with part of it coming from adviser Bank of America Merrill Lynch, City A.M. understands.

The firm, which made a failed takeover bid for smaller peer Kentz over the summer, had eyed Foster Wheeler for years but could not agree on a price so talks fell apart. But the US firm then came back to Amec and both companies’ boards approved the bid.

Amec also issued a profit warning yesterday, saying that less favourable exchange rates for 2014 would reduce its core earnings by £10m year-on-year. But Canaccord Genuity analyst Alex Brooks said this was one of the lower profit warnings in the struggling sector. Shares in Amec opened 2.4 per cent lower, but bounced back to close up 2.41 per cent at 1,105p.

Amec’s chief executive Samir Brikho is not easily deterred. Bouncing back from this summer’s failed takeover offer for Kentz, he is now leading Amec towards a likely acquisition of Foster Wheeler. Other companies were supposedly put off buying Foster Wheeler due to its struggling power business unit, but other companies do not have Brikho at the helm. He previously headed up the power systems division at Swiss firm ABB. Brikho has made a good impression at Amec since he joined in 2006. A former colleague told City A.M. that he is “an outstanding chief executive” and that “under his leadership and direction, Amec has changed significantly from a low-margin construction company to a high-end engineering consultancy of excellence”. To add to his impressive resume, Brikho has been a UK business ambassador for the government since 2010, sits on numerous boards and speaks five languages.

Bank of America Merrill Lynch (BAML) is exclusively advising Amec on its takeover offer for Foster Wheeler, with Barclays the group’s joint corporate broker. Notably absent is Deutsche Bank, which advised Amec on the ill-fated Kentz bid during the summer. Goldman Sachs and JP Morgan are Foster Wheeler’s financial advisers and Freshfields Bruckhaus Deringer is acting as legal adviser.

Leading the BAML team are Simon Mackenzie-Smith, chairman of UK & Ireland corporate & investment banking and a judge for the  City A.M. Awards, and Michael Findlay.

Mackenzie-Smith, a respected deal-maker, is credited with being instrumental in revitalising the bank’s UK franchise, and has been involved in a wide range of M&A deals and restructurings. Findlay worked on Merck’s £1.6bn acquisition of AZ Electronic Materials at the end of last year.