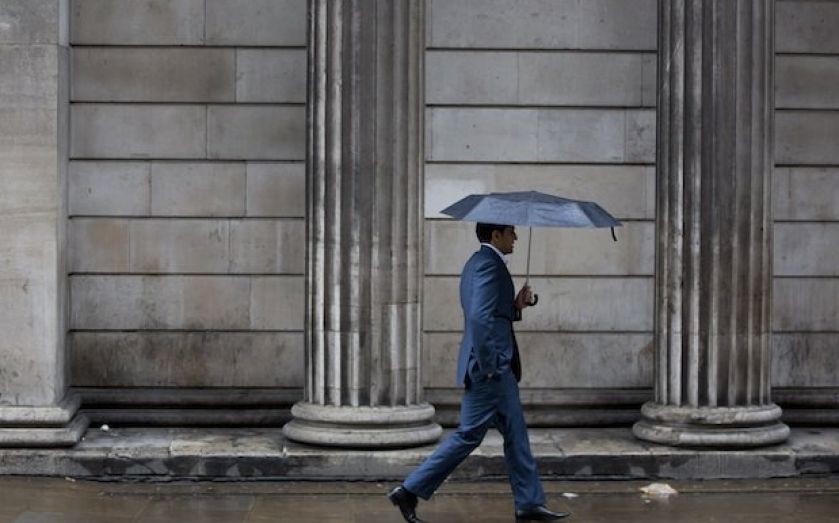 THE ARGUMENT about banks and the adequacy (or not) of their lending to small businesses has raged on for about four years. It is a length of time comparable with the duration of the First World War, and this is a depressingly appropriate comparison. For all the thousands of rhetorical shells fired by both sides – SMEs blaming disinterested banks, while banks point the finger at regulators and suggest that firms themselves are reluctant to apply for backing – the amount of territory won or lost is minimal. There is no sign of a breakthrough like that of Spring 1918, when the German lines were breached (Mark Carney’s relaxation of liquidity requirements for certain banks is not that). The best course of action is to reach a negotiated settlement. Small businesses cannot afford another four years of stalemate. Cessation of hostilities depends on honesty about the situation we find ourselves in. That candour in turn depends on acceptance of three observations. The first is that, for many SMEs today, the notion of bank funding is basically Phantom Finance. Others may claim to have seen the money, but it is invisible to the enterprises concerned. According to the Bank of England’s latest Trends in Lending report, the net monthly flow to business is in the order of minus £2.4bn. BDRC’s SME Finance Monitor showed that, in the first quarter of 2013, just 38 per cent of first-time corporate overdraft applicants and 41 per cent of first-time business loan applicants were successful. The proportion of SMEs deploying any of the classic core bank products (overdraft, loan or credit card) fell below a third. For these firms, Phantom Finance will not be the source of working capital, let alone the resources required for expansion. The second is that, on the whole, banks are behaving rationally. It is unreasonable to expect that these institutions, with much more demanding capital requirements imposed upon them, will take any kind of risks with their lending. You can dispute precisely what level of capital holding is required to ensure a bank is “safe”. Yet it would have been astonishing if what, since 2008, we have all called a “financial crisis” had not led to an insistence that banks retrench from the sorts of leverage levels they were willing to entertain in the middle of the last decade. Bank bashing might be therapeutic, but it is not especially constructive. The only valid charge against the banks (and it is plausibly levelled by mid-market private equity houses) is that, where they are willing to co-finance an acquisition, they have an in-house prejudice bordering on a phobia if the company involved has earnings before interest, taxes, depreciation and amortisation (EBITDA) of £5m or lower – no matter how rapid its recent growth or how rosy its prospects for future development. This is a bias that banks need to stamp out immediately. In all other respects, we should accept that banking behaviour cannot change much in the remainder of this decade. This makes the final point even more important. Instead of displacing time inventing more arcane schemes in a doomed attempt to make mainstream banks open up their safes, policymakers should concentrate on supporting other bodies willing to provide SME finance, even if some of them are unfamiliar in this sector. This means championing challenger banks, encouraging more insurance companies and pension funds to enter the space, treating peer-to-peer lending and crowdfunding more sympathetically, cheering private equity investment and assisting venture capital funds more, as they seek to find the cash to direct towards the SME market. A further expansion of imaginative initiatives like the Enterprise Investment Scheme (EIS), the Seed Enterprise Investment Scheme (SEIS) and venture capital trusts, with a new focus on stimulating those who control local pension funds to get behind regional venture capital firms, will be more fruitful than a successor to Project Merlin or another version of Funding for Lending. An unorthodox problem requires unconventional measures. This mentality has not been universally adopted. Officials and regulators are too inclined to treat anyone willing to lend as de facto or “shadow” banks, to be regulated like Barclays or RBS. This is not “shadow banking”, it is sunlight finance. The demand for venture capital funding runs massively ahead of the supply. Crowdfunding – admittedly an experiment, but such innovation should be admired – is still not taken seriously. New banks are suffocated by inappropriate rules. This is akin to subjecting a set of liberating armies to a speed limit. The age of Phantom Finance has lasted for long enough. An era of Alternative Finance is urgently required to replace it. Tim Hames is director general of the British Private Equity and Venture Capital Association (BVCA).