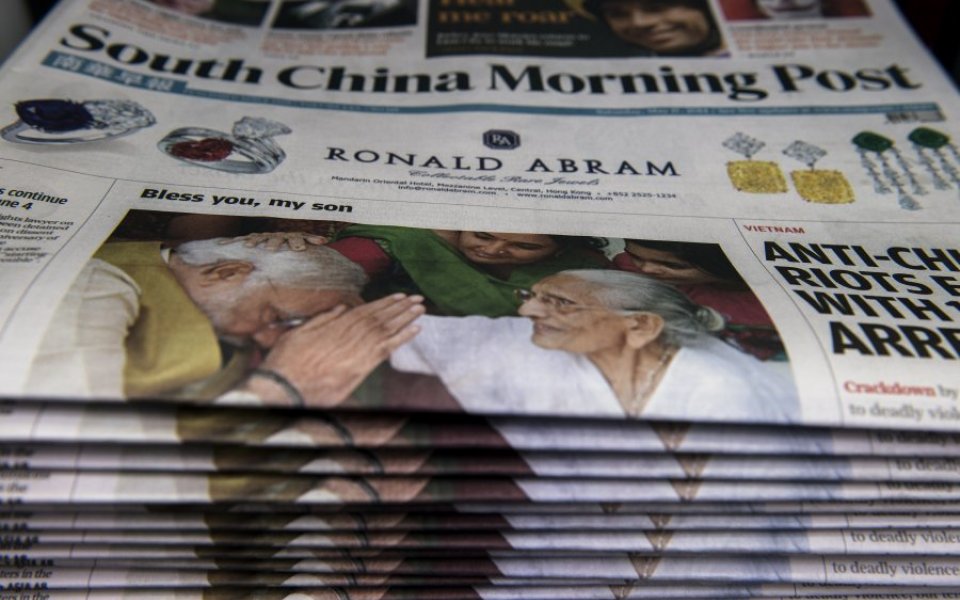 Read more: Alibaba made £9.4bn in 24 hours on Singles Day

The Chinese e-commerce giant did not disclose the financial terms of the deal for the 112-year old paper owned by SCMP Group Ltd – a property of Malaysian tycoon Robert Kuok with a market value around £260m and 2014 revenue figures in excess of £80m.

Alibaba will remove the paywall from the Post's content and distribute it across its various internet platforms, while executive vice chairman Joseph Tsai said the paper would remain editorially independent.

In the past year, Alibaba has increased its media interests by either buying existing firms or launching its own businesses in sport, film and online streaming.

In an interview with the paper Tsai said it was a mistake to see newspapers as a dying industry.

"Some say the newspaper industry is a sunset industry. We don't see it that way," he argued. "We see it as an opportunity to use our technological expertise and our digital assets to distribute news in a way that has never been done before.

"China is a rising economy and it is the second-largest economy in the world. People should learn more about China, [but] the coverage about China should be balanced and fair.

"Today when I see mainstream western news organisations cover China, they cover it through a very particular lens…We believe things should be presented as they are. Present facts, tell the truth, and that is the principle that we are going to operate on."