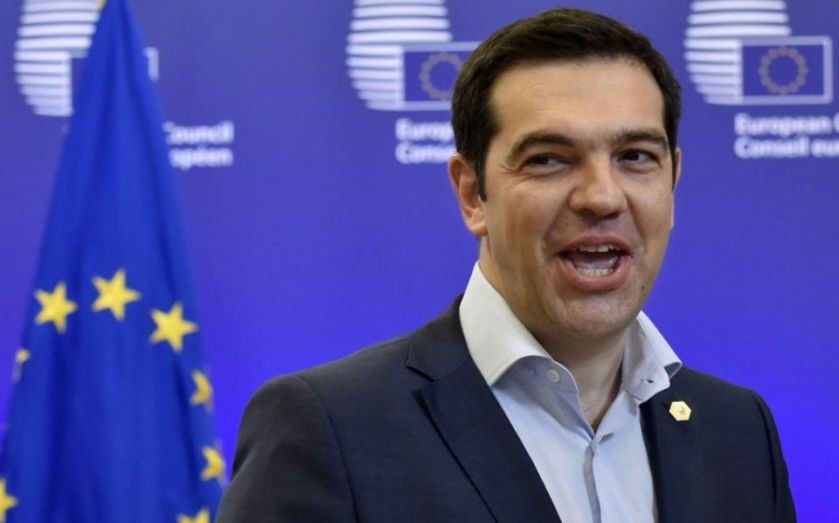 Greek Prime Minister Alexis Tsipras has said a "no" vote in Sunday's referendum on whether to accept economic and fiscal reform proposals from creditors does not necessarily mean the country will leave the euro.

In an address on Greek television in which he confirmed that the referendum will go ahead, a tired-looking Tsipras urged people to vote "no", vowing to reach a deal with creditors.

The euro, which had spent the afternoon reversing sharp gains against the dollar felt in the morning, falling as low as $1.1064, climbed to $1.1090 following the speech. However, it was still 0.51 per cent lower against the dollar.

It was reported this afternoon that Tsipras had written to creditors late last night, ready to accept their conditions as leaders prepared to discuss the prospect of providing the country with a third bailout later today.

However, this afternoon Angela Merkel reiterated that Germany would not be prepared to discuss any new deal with Greece until after Sunday's referendum.

After a week of bank closures, Greeks are beginning to feel the pinch. But in a tweet following his television appearance, Tsipras blamed European leaders.

"It's unacceptable that in a Europe of solidarity, bank closure would be forced as a response to the government letting Greek people decide," he tweeted.

You're being blackmailed & urged to vote Yes to all of institutions' measures without any solution to exiting the crisis. #dimopsifisma #OXI