Airbus to halt production of A380 superjumbo jet after demand nosedives 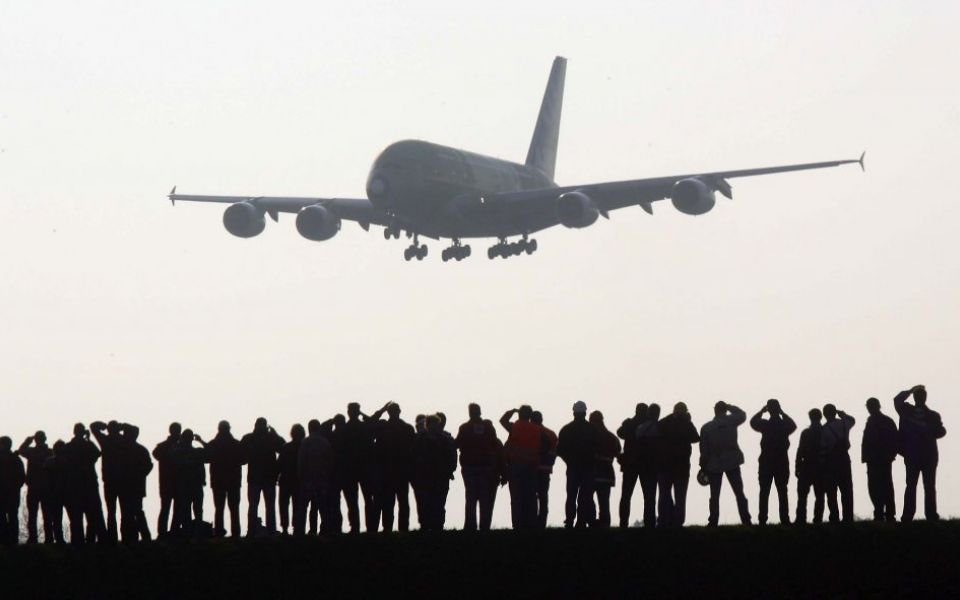 Airbus’ dreams of ruling the skies with its mammoth A380 superjumbo jet have come crashing down to earth this morning, as it said it would stop making its flagship cruise liner.

Outspoken chief executive Tom Enders spoke of his “pain” at having to bring production to a halt after lacklustre demand for the world’s largest airliner in recent years has made it unsustainable to make new models.

Between 3,000 and 3,500 jobs are now on the line after the decision, and Airbus said it will start discussions with unions in the coming weeks. It stressed, however, that the subsequent ramp-up in production of smaller models would “offer a significant number of internal mobility opportunities”.

Demand for the A380 has been stagnant of late, but the decision came after Emirates, its largest customer, decided to reduce its orders for the superjumbo and order 70 smaller A350 and A330neo models instead.

The A380 is the largest ever commercial aircraft, with two decks of cabins and room for 544 people. It was designed to challenge Boeing’s 747 model but ultimately failed to take off as airlines eventually plumped for smaller, more nimble jets.

“Today’s announcement is painful for us,” said chief executive Enders. “We have invested a lot of effort, a lot of resources and a lot of sweat…but obviously we need to be realistic.”

The plane was “an outstanding engineering and industrial achievement,” he added. “Keep in mind that A380 will still roam the skies for many years to come and Airbus will of course continue to fully support the A380 operators.”

“Emirates has been a staunch supporter of the A380 since its very inception,” said Emirates chairman Sheikh Ahmed bin Saeed al-Maktoum.

“While we are disappointed to have to give up our order, and sad that the program could not be sustained, we accept that this is the reality of the situation,” he added.

Shares in the plane maker were up 5.37 per cent in morning trading.

The decision to scrap production could be Enders’ final major one at the helm of the European firm before stepping down in April.

Last month, Enders issued yet another stark warning about the effect a no-deal Brexit would have on the aviation giant’s UK business.

In a video message, Enders urged Britain’s politicians not to listen to “the Brexiteers’ madness which asserts that, because we have huge plants here, we will not move and we will always be here. They are wrong”.

Paul Adams, aerospace specialist at management consultancy Vendigital, said the decision was the "end of an era but comes as little surprise".

"The A380 is an iconic aircraft and close to the hearts of many in the industry for its size, scale and engineering. However, in practice, flying such a large aircraft with four engines was no longer economically viable, requiring airlines to ensure it was consistently full of passengers, which was often unrealistic."