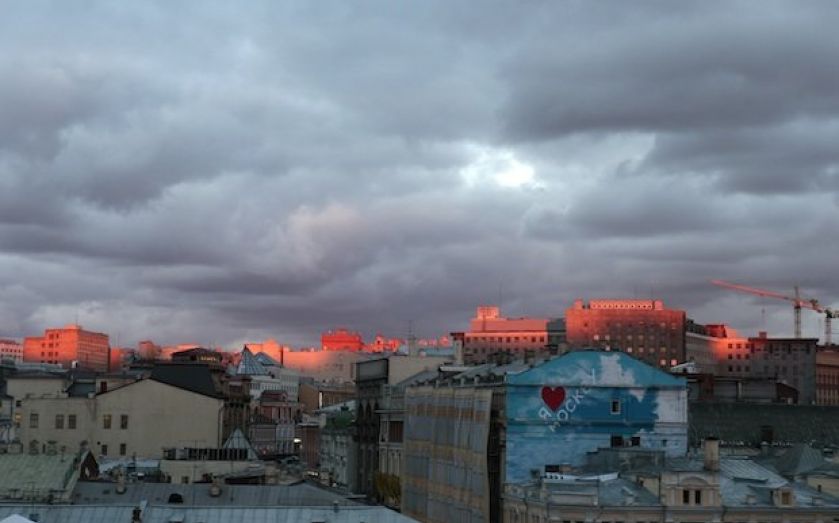 THE PERFORMANCE of the Bric economies over the past decade or so has been mixed. Russian growth, though impressive by Western standards, has lagged behind that of both India and China – which have themselves experienced a recent relative slowdown. Russia’s underperformance, however, has been particularly noticeable since 2008. I got an insight into the problem at a conference last week at the Economics Institute at St Petersburg University. Incredibly, it has a total of 64,000 students. Cynics might say that a country which produces so many economists is bound to perform badly.

We went to the rector’s office. On the staircase immediately outside was a massive bust of Nikolai Voznesensky, chairman of the State Planning Commission in the Second World War, and the man who was responsible for organising the entire Soviet economy. Voznesensky was described to me in glowing terms as “a great man”.

But there were also prominently displayed photographs of all the other previous rectors. Notably, there had been a very rapid turnover in both 1937 and 1938, with one man lasting only six weeks in the job. Why? Stalin wasn’t pre-empting Andy Warhol, with everyone under socialism given the right to be rector of Leningrad University for 15 minutes. The years 1937 to 1938 were the very height of the Soviet show trials and purges, and all these rectors had been shot in rapid succession.

So, standing in front of these moving and haunting photographs of leading intellectuals, all victims of socialism, I was receiving a eulogy of the man who ran the Stalinist command economy. This seems to encapsulate Russia’s problems. What is the dominant narrative? Is it to break with the past, honour those whose lives were destroyed, and in so doing move forward? Or is to look back with nostalgia at the apparent security of the planned economy?

Talking to the students, there were much more optimistic signs. They were lively, enthusiastic, wanting to speak better English and do interesting work. We could almost have been anywhere. But even here, a theme ran through the narrative – the overall view of the world – which they had constructed about Russia’s future.

None of this group wanted to restore socialism – the idea did not even cross their minds. Nor were they entirely sure of the blueprint their country should try and follow. But the financial crisis has clearly compromised the view that the Western model is the one which must be followed to generate successful economic development.

The recent crisis has not been on the same scale as the Great Depression of the 1930s, when output in the US fell by nearly 30 per cent. Mere facts, however, do not shake a settled narrative. The psychological impact of the crisis has been to give countries like China and Russia even more confidence that they can reject the free market, private property, liberal democracy model of development. Outside the developed economies, it is a seductive message.

Paul Ormerod is an economist at Volterra Partners, a director of the think-tank Synthesis and author of Positive Linking: How Networks Can Revolutionise the World.