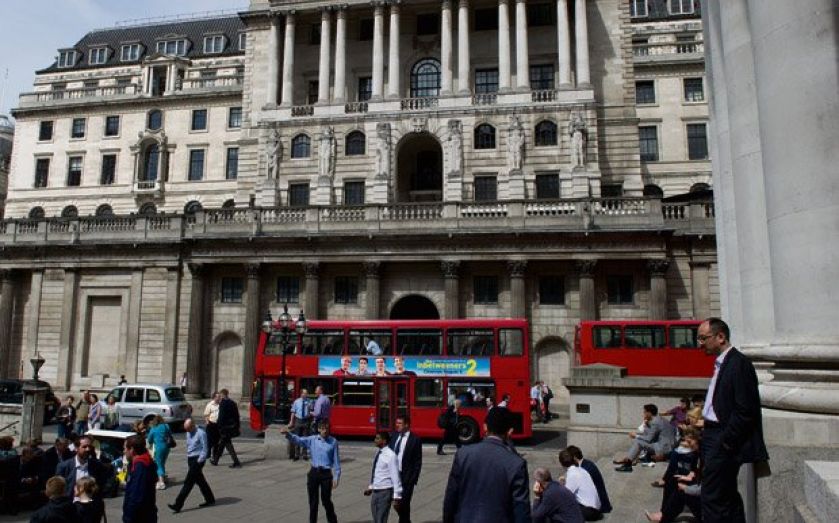 Sam Alderson, an economist at the Centre for Economic and Business Research, says Yes.

The goalposts which the Monetary Policy Committee (MPC) is working to need to be stuck to. They should not keep changing because a measure creeps up too quickly.

This month’s minutes hinted at a new set of goalposts – wage growth – with spare capacity going the way of unemployment before it.

Does this provide greater clarity? I’m not so sure.

The split vote highlighted that Committee members seem to have a difference in views as to what they are looking for within wage growth.

The majority cited current weak levels for keeping rates on hold, but dissenting members seemed to be looking ahead to faster future wage growth.

The level of interpretation required in forecasting rates seems no different now to what it was before forward guidance was introduced.

Forward guidance has many weaknesses, as has been evidenced by its implementation since Mark Carney took over as Bank of England governor.

However, it would be a mistake to conclude that the miscommunication around this strategy has seriously undermined its credibility.

The Monetary Policy Committee’s (MPC) split vote reflects the wide-ranging views among policy setters about how much slack exists in the economy, and illustrates a healthy debate underlying the central bank decision function.

A majority consensus among MPC members rules, forming a balance between those at the hawkish and dovish extreme ends of the spectrum.

The fact that a minority voted to hike sooner wasn’t entirely a surprise to the market, and in fact you would expect the more hawkish members to start agitating towards an interest rate rise as the Bank edges closer to taking action.

In that sense, the split vote shows the MPC functioning exactly as it should.