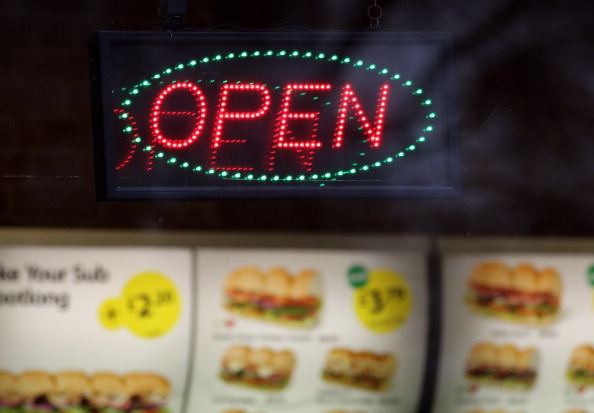 Advertisers have launched a scathing attack on the government’s plans to ramp up restrictions on junk food advertising, describing them as “totally disproportionate” and lacking in evidence.

In submissions to a government consultation, seen exclusively by City A.M., industry bodies Isba and the Advertising Association (AA) said the proposals would harm advertisers and consumers but would fail to tackle the issue of childhood obesity.

The government has laid out plans to introduce a 9pm watershed on adverts for products high in fat, salt or sugar (HFSS) on TV and online in a bid to reduce children’s exposure to unhealthy food.

But the advertising groups have dismissed the policy options, which were previously rejected by media regulator Ofcom, as “limited in nature and speculative in understanding”.

The AA said current restrictions, which have been in place since 2008, have not prevented the rise of obesity, while children’s exposure to HFSS adverts has also fallen sharply over the last decade.

In addition, Isba argued a TV watershed would have a “significant and overwhelming” impact on adult viewers, who make up the majority of audiences before 9pm.

They also pointed to an impact assessment, published alongside the consultation, which admitted the proposed restrictions would cut just 1.7 calories per day from children’s diets.

As a result, the groups said, the government has failed to produce evidence to support the need for further regulation.

In its assessment, the government estimated roughly 3.4 per cent of ad sales revenue – roughy £171.2m – would be put at risk by the proposed restrictions.

But the AA said this figure failed to take into account the economic activity generated by the production of the ads themselves, and warned the true cost to UK GDP could be more than £1bn.

“The government has failed to make its case for a watershed,” James Barge, Isba director of public policy, told City A.M.

“The evidence presented in support of the policy demonstrates a significantly weaker case then the one dismissed by Ofcom in 2010, and the rationale for further intervention of this nature is fundamentally flawed.”

He added: “Brands are playing and will continue to play their part in addressing this complex issue, but they expect government to follow the evidential standards it sets for others.”

The groups called instead for an “evidence-led and proportionate” strategy for tackling the problem of obesity, such as reformulating unhealthy products, reducing portion sizes and encouraging more physical activity among children.

“UK advertising already has some of the toughest regulations in the world around HFSS food and drink products,” said AA chief executive Stephen Woodford.

“We would urge the government to come to a measured, appropriate and fact-based conclusion to avoid any decisions that would have a damaging impact on industry, while having little to no effect in lowering obesity levels.”

It comes a week after media research firm Enders Analysis dismissed the planned TV ban as an “irrelevant symbolic gesture”, and warned of its impact on broadcasters.

The consultation, which closes tomorrow, is part of a wider crackdown on HFSS products amid a rise in the number of overweight and obese adults and children in the UK.

Transport for London has already rolled out an HFSS ad ban on the capital’s transport network, while think tank the Institute for Public Policy Research has called for plain packaging on unhealthy products, similar to current restrictions currently in place for tobacco.

“Childhood obesity is one of the biggest health problems this country faces and a key part of our plans to halve it by 2030 is reducing children’s exposure to sugary and fatty foods,” a spokesperson for the Department for Digital, Culture, Media and Sport (DCMS) said.

“That’s why our consultation is considering further advertising restrictions for these products on TV and online, alongside a range of other measures including reformulation programmes, the soft drinks industry levy, introducing calorie labelling, and restricting price and location promotions.”

DCMS said it welcomes all responses to the consultation and will consider them carefully before deciding what action to take.