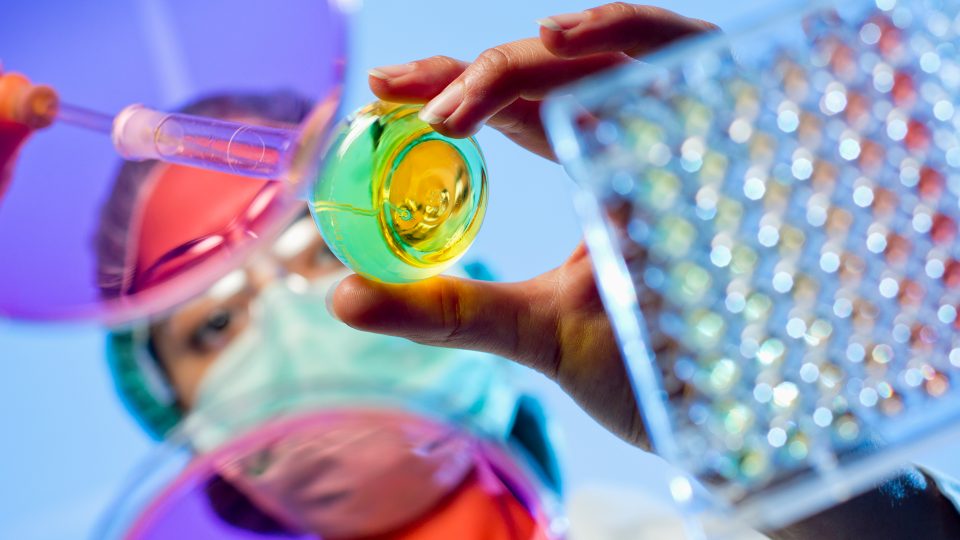 Biotechnology is now progressing so quickly that it is becoming too complex and fast-changing for the general public to keep abreast with. One of the major problems with the growing deficit in biological literacy is that misinformation fills the vacuum where understanding ought to be, further compounding the problem. The COVID vaccine has been a clear illustration of this self-perpetuating problem. The media focus on fear and on NHS documents outlining “vaccine persuasion” strategies only compounded the issue and made people more apprehensive.

If the general public had a greater level of biological education it would help to reduce conspiracy theory confusion, whilst also allowing valid concerns to cut through the noise. It would also help people to make informed decisions on other current and upcoming medical advances.

From a personal position, I spend too much time on LinkedIn. I see many articles and posts about the novel Moderna and Pfizer mRNA vaccines and the ‘legacy technology’ AstraZeneca DNA-based one. I also witness a lot of biological misconceptions. I have even been called a conspiracy theorist just for writing about the DNA from the AstraZeneca adenovirus going into the nucleus.

An example of one piece of misinformation that temporarily seemed to resonate online was a video of a silver worm coming out of a nose swab. This was quickly debunked by a quick Google fact check. I also recently became an unwitting participant in the sharing of misinformation. I shared a chart online illustrating inaccurately-reduced Covid-19 death rates, and LinkedIn flagged it as misinformation.

After my initial fury about the flag in my inbox, and after accessing https://www.ons.gov.uk, I reviewed the data for myself. It turned out that I had got it wrong. The flag was fair.

Politicians by definition must make difficult and sometimes unpopular decisions. Backed by their scientific advisors and with their platform on the mainstream media, our political leaders instruct us on behaviour, but are themselves not equipped to fully explain vaccine science. Nor is enough time given over to disproving false information or to answering objections.

If our elected leaders took more time not just to advocate for things like vaccines, but to educate and tackle contrarians positions based on data, the general public might offer more trust in return. For example right now, at the time of writing, my main unanswered question is “why do we have these lockdowns ongoing if we have vaccinated the most vulnerable already”? I wish that one of our politicians would point me toward some data, rather than fudging an answer.

The language of vaccines

Another contributing factor is the general bullishness of the politicians who use scientifically imprecise language. A scientist wouldn’t use the emotive hashtag #SafeVaccines in a scientific paper talking about new technology. Yet we often see the word #SafeVaccines used in hashtags on LinkedIn by the European Commission and by Matt Hancock, despite the fact that vaccine scientists are hesitant to go as far as to use the word “safe”.

The media and politicians should use more natural language to gain public trust in the future, and should do more to champion the science. For example, mRNA vaccines have the potential to treat cancer using information extracted from the DNA of cancer cells. Scientists could eventually use the information to develop a vaccine designed to help an immune system to recognise and destroy cancer cells. Trials for such technology are currently in progress here.

“The data is preliminary and the sample size is small, but it is promising,” says Julie Bauman, deputy director of the University of Arizona Cancer Center, who presented the interim data at SITC. “A phase 1 trial is about safety first and foremost, and we now know this treatment is safe and tolerable. But, we also have a strong signal to point us to study this further in head and neck cancer. That is why we are excited to expand this trial,” (Bauman, 2020)

These type of treatments are so new that the public will need to study – and understand – some of their science and biology in order to make informed decisions, such as whether to either take a new treatment or even be part of a clinical trial. With a top-down commitment to fostering understanding based not on superficial and expedient sloganeering, but on better education about medicines and biotech, I believe would eliminate many fears around vaccines, and allow people to make more informed choices.

I am trying to contribute through my upcoming interviews with scientists in the field. My BioPhysics background has allowed me to make my informed choice: I will not to take any COVID vaccine until the longer-term effects are understood. I also think that technically-speaking, the term vaccine is even a bit misleading: I would instead call them mRNA or DNA technologies.

For me, the science has moved too quickly, skipping stage 4 trials due to emergency legislation which gave immunity to the manufacturers. However, this did not deter me from allowing my extended family to take the vaccine.  Ultimately we each make our own choice, and I firmly believe those choices should be based in a very clear scientific understanding.

I recently ran a poll on LinkedIn: “Do you understand the basic principles of the science behind vaccines such as Pfizer’s and AstraZeneca’s?”. 66% of people said that they understand it. I was surprised it was that high, though admittedly the poll was skewed towards professional people with university backgrounds. It would be interesting to see a less skewed pool performed on a social media platform that is more representative of the general population.

Another poll on LinkedIn that worried me was that around 40% of 2500 people voted that they would support compulsory vaccines. I would suggest that these people need to look more closely at history. For my part I’m podcasting with lots of scientists to tackle misconceptions.

What is my conclusion?

That our leaders should do more to address objections from the public in live debates whilst surrounded by real scientific experts in the field. Perhaps there could be an online government-funded ‘biological education’ delivered in collaboration with education providers? Comments should be enabled to allow the public to challenge the science and to ask the difficult questions.

As our sciences rapidly advance in the fields of medicines and biotechnology, too much information is flowing in just one direction, from the top down. A lot more needs to be done to listen to dissenting and unheard voices, and to respond to them with science, not slogans.

Nikos is an MSci BioPhysics graduate who spent 12 years working as a software developer in London before starting his own show and social network.