EU migrant crisis: Accepting more refugees is not just the right thing to do – it’d be good for us too 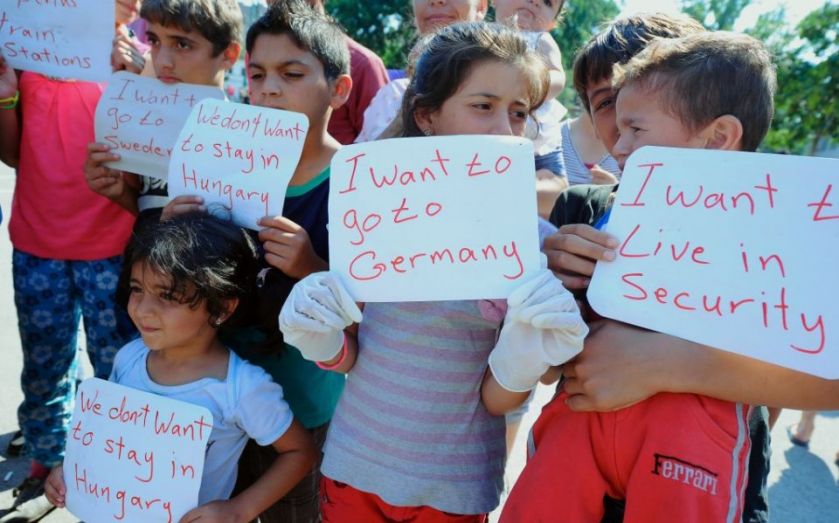 Most people think that we have a duty to help refugees fleeing totalitarianism or war, wherever they come from.
Our sense of duty, however, is tempered by concerns that taking too many refugees will harm us, or that some are merely economic migrants. But these costs are overstated.
Though, in general, the evidence shows that immigrants are quite good for the countries they go to, asylum seekers and economic migrants from extremely poor countries are driven by what economists call “exogenous” factors that are not related to simple supply and demand.
Because they are being “pushed” by war or poverty more than “pulled” by job opportunities, they might be less benign for the countries they go to. But we actually do have some evidence about how they affect natives.
Read more: Think the UK's experiencing a migrant crisis? It's nothing compared with Denmark, Austria and Sweden
A recent study looked at the impact of Yugoslav refugees on Danish workers in the 1990s and 2000s. Because Denmark’s resettlement policy distributed these refugees across the country without respect to local labour market conditions, this is a case study in how “exogenous” immigration affects natives.
Many of the refugees were low-skilled, lacking even a secondary school education, and predictably most went into low-skilled jobs. But then something surprising happened.
Instead of starting a race to the bottom, as some feared, this influx of workers allowed the Danish economy to become more complex. Adam Smith’s “division of labour” increased, as jobs became more specialised and hence more productive.
The result was that native Danes, who might otherwise have taken the low-skilled jobs the refugees were now doing, were pushed up into more complex, productive, better-paying jobs.
Read more: As the migrant crisis intensifies, is this the beginning of the end of Europe's Schengen Area?
An even more dramatic shock was the Mariel boatlift from Cuba in 1980, which evacuated 125,000 Cubans from Castro’s dictatorship to Florida.
Most of these people settled in and around Miami, which boosted the city’s workforce by a whopping 7 per cent.
To put that in context, the record 800,000 asylum seekers that Germany is set to accept this year would increase its workforce by less than 2 per cent, even if every single person was ready and able to work.
Yet there was no loss of jobs for Miamians, and no hit to wages. Industries that could utilise unskilled labour, like agriculture, hospitality and textile manufacturing, grew rapidly.
Crime is on people’s minds too. And it’s true that asylum seekers do seem to increase property crime rates in the places in Britain they go to, though interestingly they seem to reduce violent crime rates.
But this seems to be a consequence of the tight restrictions that effectively prohibit asylum seekers from working for at least the first 12 months that they spend in Britain. If we liberalised those rules, we could solve that problem.
The compassionate case for letting more refugees in is very strong. But we would be mistaken to think that, at least in the medium-to-long run, this would be at a cost to ourselves.
Steve Jobs need not be the only successful son of a Syrian immigrant. Following Germany’s lead and opening our doors to many more Syrian refugees could be good for us as well as them.