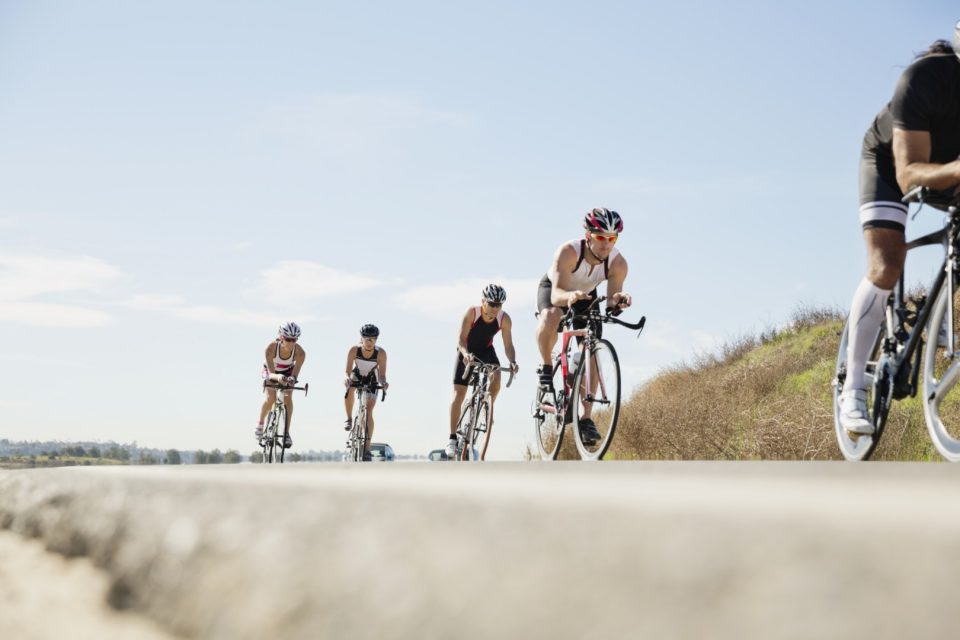 As this year’s Tour de France gets underway, EY Absolute’s Martin Dempsey considers if there are lessons for business to be found on the roads between Nice and Paris.

This year’s Tour de France started on 29 August. It is among the most gruelling sporting events in the world and this year will see riders travel 3,470 km in a 23 day period. If you’re not a cycling fan then your knowledge of le Tour may be limited to the yellow jersey worn by the leader of the race, and the fact that Britain has produced champions like Geraint Thomas, Chris Froome and Sir Bradley Wiggins in recent years.

Riders compete to wear that yellow jersey in Paris on the final stage. What isn’t always evident to the casual observer is the extent to which the Tour de France is a team race. Chris Froome has won four yellow jerseys not simply because of his own excellence but because of the support of his team mates. These domestiques, servants to the team leader, are prepared to sacrifice their own race to protect him, facing into headwinds in front of him on fast flat stages, and helping to set his preferred pace on the arduous mountain stages.

Teams who aim to win the yellow jersey will need a blend of skillsets to support their leader. This year’s Tour has mountain stages, fast flat stages and a time trial stage. Teams will need strong climbers to help their leader in the mountains as well as powerful, fast riders to support on the flat. Those that get this balance wrong can find their leader isolated – and without support – at the critical moment in those 3,470 km and their race can slip away from them as they burn out their legs alone against the competition.

Running a business can feel like an arduous race. The terrain changes from day to day, week to week, and this has never been more true than in 2020. For CFOs, the experience of this year will be valuable in the future, but it is unlikely to be something you would want to re-live.

A typical year demands a broad range of skillsets in finance departments. At their core, they are there to produce an accurate picture of financial performance and for the most part, this relies on the team diligently processing data accurately and producing reports to a prescribed format. The CFO can then step in to provide the analysis and commentary that brings stark financial information to life and helps to drive strategic and tactical decision-making.

However, during periods of volatility – whether it is unforeseen disruption or new opportunities – the demands of the business on its CFO change. Accessing emergency government support schemes has been like a sprint to find your place in the queue. It has demanded specific and accurate supporting data. Cash-flow forecasting has been a series of long and difficult climbs, trying to assess the uncertainty your business faces and model the right scenarios. For many businesses, volatility has created opportunity and demanded the ability to respond quickly, scale up activity and measure performance accurately.

For many mid-market businesses, this creates a pressure on the CFO. When the demands on finance change or evolve, it can feel like a solo race for a period rather than a team event. The team has to be gradually changed to meet new requirements and reduce the pressure on the CFO through training or recruitment. Of course, this is time-consuming when you can least afford the time and simply adds to the pressure.

Over the coming weeks, the likes of Primož Roglič and Egan Bernal will wish they had seven big powerful teammates to protect them against the winds on the fast, flat roads of the Atlantic coast of France. Then they will wish they had seven explosive climbers to support them as they scale the Alps and Pyrenees. In reality, they will have to hope that their team directors have picked the right blend of support riders to help them to the fabled yellow jersey.

For CFOs, the challenge is the same. How do you find the right blend of support in your finance team to achieve success? In a volatile environment, having flexibility and a multi-skilled team is a huge asset – teammates who can sprint as well as climb. Unfortunately, this type of capability and experience is hard to find.

The alternative solution is to look at the finance operating model. It’s worth taking a holistic view of the requirements on your finance team, breaking them down into the consistent and predictable requirements as well as the ad-hoc. It’s also worth considering the value of the tasks being performed and the hidden costs of finance that aren’t simply salaries, technology and property costs.

This year’s Tour was always scheduled to be different, with a mountain stage on the second day. COVID-19 has meant it has now moved later in the year, forcing teams to re-evaluate who their riders might be. However, for the leading challengers, their focus remains on the yellow jersey.

Periods of volatility typically lead to opportunity for those who are positioned to seize it. 2021 presents this type of opportunity in many sectors so the remainder of 2020 should perhaps be a time to reimagine your business, and to redefine the finance operating model that will provide the insights and intelligence required.